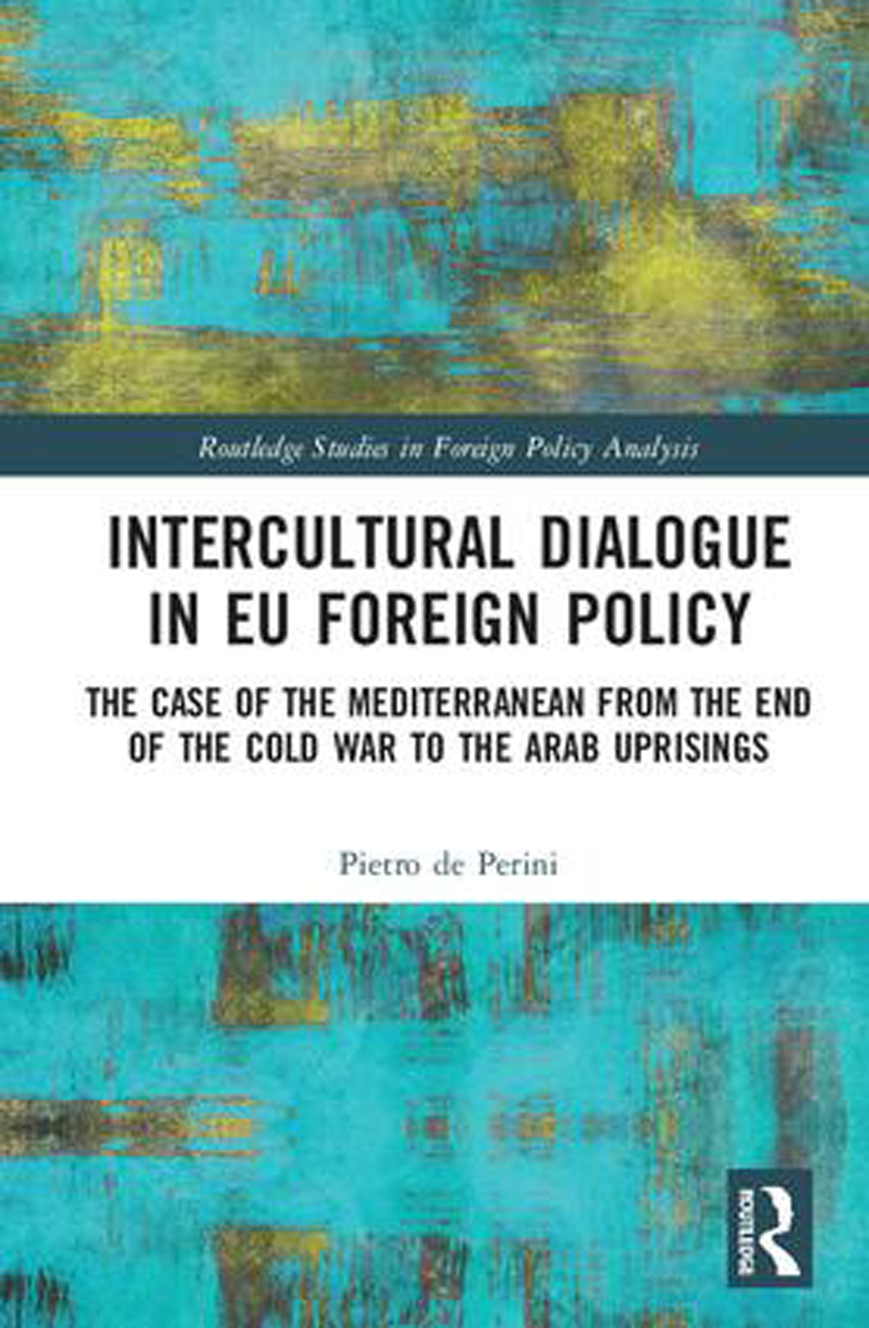 New publication: “Intercultural Dialogue in EU Foreign Policy. The Case of the Mediterranean from the End of the Cold War to the Arab Uprisings”, by Pietro de Perini

The publishing house Routledge has recently published the book of the researcher of the Human Rights Centre of the University of Padova, Pietro de Perini, “Intercultural Dialogue in EU Foreign Policy. The Case of the Mediterranean from the End of the Cold War to the Arab Uprisings.”

This book provides an original, rigorous and theoretically-grounded investigation into varying EU efforts to advance intercultural dialogue (ICD) in the framework of its foreign policy towards the Mediterranean during the period 1990-2014. From the end of the Cold War, the EU has increasingly invested in both rhetoric and resources on ICD promotion. In spite of this commitment, the EU has never offered a clear and permanent understanding of what this concept entails and has been actually aimed at. By adopting a FPA standpoint and approaching ICD as one of the foreign policy instruments developed by the EU to address the relations with its Mediterranean partners, this book exposes the causes and the modalities of the contradictory development of this relevant and long standing element of EU foreign policy.

De Perini investigates change and continuity in the promotion of this tool, and provides in-depth knowledge of what ICD has actually meant for the EU: from the development and launch of the Euro-Mediterranean Partnership or Barcelona Process, to the revision of the European Neighbourhood Policy following the Arab uprisings. Empirically the book provides the first comprehensive and integrative analysis of all aspects of EU efforts to promote ICD.

The author, Pietro de Perini, is a Research Fellow at the Human Rights Centre in the University of Padova, Italy. He is among the editors of the Italian Yearbook of Human Rights. He is also the Managing Editor of the Centre's academic research journal "Peace Human Rights Governance".

The book is part of the series “Routledge Studies in Foreign Policy Analysis”. The Foreign Policy Analysis (FPA) series covers a broad intellectual canvass, which brings together scholars of International Relations, Area Studies, Politics, and other related fields such as Political Psychology and Administrative Studies. It also engages with a wide range of empirical issues: from the study of the foreign policy of individual countries, to specific aspects of foreign policy such as economic diplomacy or bureaucratic politics, through germane theoretical issues such as rationality and foreign policy.

Chapter 2. The Evolution of EU Policies in a Changing Mediterranean Context

Chapter 3. The Emergence of Intercultural Dialogue

Chapter 4. The Consolidation of Intercultural Dialogue

Chapter 5. The Professionalisation of intercultural dialogue

Intercultural Dialogue in EU Foreign Policy. The Case of the Mediterranean from the End of the Cold War to the Arab Uprisings, by Pietro de Perini