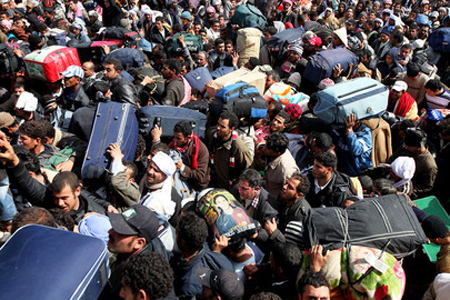 The Grand Chamber of the European Court of Human Rights ruled, in the case Hirsi Jamaa and Others v. Italy (judgement of 23rd February 2012) that the push back to Tripoli of the 24 applicants (belonging to a group of about 200 people, many Somalis and Eritreans as the applicants themselves), operated by the Italian military ships, constitutes a violation of Article 3 (torture and inhuman treatment) of the European Convention on Human Rights, because Libya did not offer any guarantee of treatment, according to international standards for asylum seekers and refugees, and rather exposed them to a forced repatriation. The Court also condemned Italy for the violation of the prohibition of collective expulsion (this is the second time it happens in almost fifty years) and for not having offered them any effective form of redress for the violations suffered.

The judgement is a complete negation of justifications put forward by Italy in support of the practice of pushing back displaced people and illegal migrants coming from North Africa in international waters. The Court reiterates the duty to respect the prohibition of torture and inhumane treatments, even when these are only probable and attributable to the direct responsibility of a European State; the Court states, moreover, that the prohibition of collective expulsion includes the principle of non-refoulement, that is the duty of the State to deal individually and in good faith the case of a person that enters or attempts to illegally enter in the territory of the State, but asks to receive protection as a refugee.

Full text of the judgement Hirsi Jamaa and Others v. Italy, 23 February 2012
Convention for the Protection of Human Rights and Fundamental Freedoms, 1950