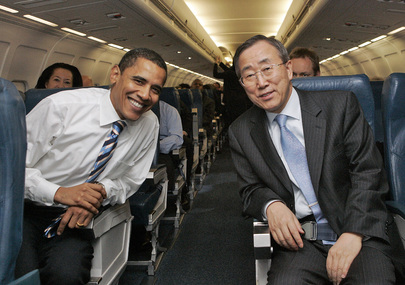 The Human Rights Center of the University of Padua enthusiastically applauds the conferment of the Nobel Peace Prize for Peace to President Barack Obama, as it signals the universal legitimisation of his strategic design to develop a world order based upon the mandate of the United Nations and the international human rights law. His design is one that favours dialogue and the construction of bridges in the wider picture of international multilateralism.

This high acknowledgement, in addition to his already strong presidential mandate, resonates even stronger in securing a following to his 23 September, 2009 speech to the United Nations General Assembly which affirmed, among other things, that “in an era in which our destiny is shared, power is no longer a zero-sum game. No nation can or should try to dominate another nation… No balance of power among nations will hold.”

It challenges the universal values brought directly to the heart of the warlike and discriminatory ‘Realpolitik.’ It is a message of considerable educational impact in its call for the exercise of civic and political virtues.

Website of the Nobel Prize, with all the relevan information of past and present Nobel Prize Laureates