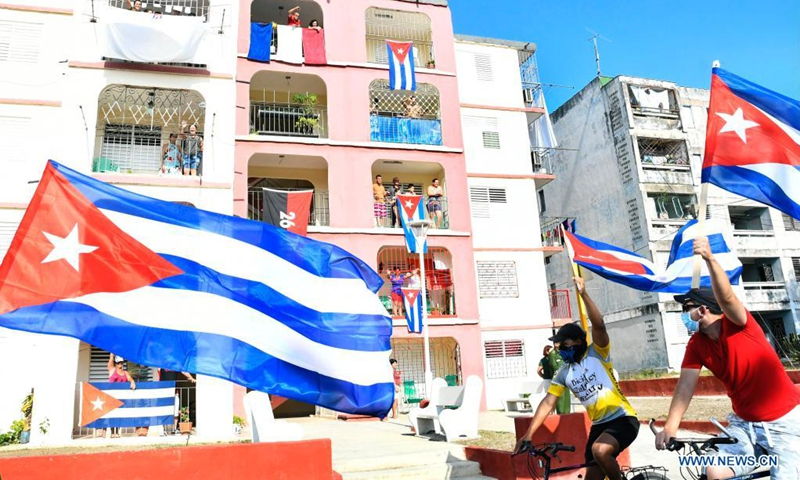 The Un High Commissioner addresses the latest events in Cuba

Cuba has lived under an authoritarian regime since 1959. Through all this time, no democratic elections have been held, massive censorships of information took place, and no kind of opposition was permitted. In more than 60 decades, the people never took the streets to protest against the regime, but the silence was broken on 11 July. The protests in Cuba take place in the context of a difficult economic situation. Protesters have demanded the lifting of economic measures which have restricted people’s access to basic goods, including food, medicine and COVID-19 vaccines.

President Miguel Díaz-Canel quickly deployed security forces across the country and disrupted communications, halting internet service. It is reported that some protesters were attacked, and more than 100 were arrested. In subsequent days, hundreds of Cubans lined up outside police stations to look for missing relatives whose whereabouts were unknown.

In this context, on 16 July, the UN High Commissioner, Michelle Bachelet, called for the prompt release of all those who have been detained for exercising their rights to freedom of peaceful assembly or freedom of opinion and expression. Ms Bachelet also expressed her concern at the alleged use of excessive force against demonstrators in Cuba and the arrest of many people, including several journalists.

She urged the Cuban government to address the protesters’ grievances through dialogue and respect and fully protect the rights of all individuals to peaceful assembly and to freedom of opinion and expression. Ms Bachelet also called for full restoration of access to the Internet and social media.

The High Commissioner reiterated her call for the lifting of unilateral sectoral sanctions, given their negative impact on human rights, including the right to health.