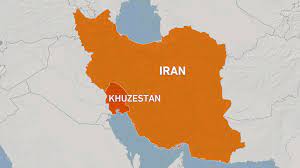 Appeal for International Solidarity to Protect Freedom of Expression in Iraq

The protests in Iran, Khuzestan over water shortages

The UN High Commissioner for Human Rights Michelle Bachelet on Friday called on the Iranian authorities to concentrate on taking urgent action to address the chronic water shortage in the province of Khuzestan, rather than using excessive force and widespread arrests to crush the protests about the situation.

Khuzestan Province, where a large number of the 5 million inhabitants belong to Iran’s Arab minority, used to be the main and most reliable source of water. However, alleged mismanagement over many years, including the diversion of water to other parts of the country, coupled with nationwide droughts, has drained the province of its precious life-saving resource in a manner that has proved to be unsustainable. In recent months, the Karkheh and Zohreh riverbeds in western Khuzestan have dried up, as has the Hoor-al-Azim wetlands (or Hawizeh Marshes).

The protests over the water shortage and mismanagement broke out on 15 July in several cities across the province, with protesters including children chanting, “I am thirsty, Water is my right.”

The peaceful protest ended up in violence, followed by riot police taking action in Susangerd, Shadegan, Shosh. At least four individuals, including one minor, were shot and killed during the protests. In addition, state media has reported that one police officer has been killed. Unconfirmed reports suggest there may have been a higher number of killings, as protests have spread over the past week to at least 20 major towns and cities in Khuzestan, with further protests breaking out in support elsewhere in Iran, including in Tehran and Lorestan province.

While noting that the outgoing President of Iran, Hassan Rouhani, recently stated that citizens have a right to express themselves and protest “within the framework of the regulations,” Bachelet pointed out that Iran, in general, lacks effective channels for people to raise their grievances in any way. Severely restricted civic space, lack of participatory processes and lack of free media make it impossible for people to bring attention to dire situations such as this through any other means. Authorities shut down internet networks resulting in a huge reduction of data traffic and uncertainty about validation of information during the current crisis, and Government officials have been labelling protesters as rioters and secessionists.

Appeal for International Solidarity to Protect Freedom of Expression in Iraq