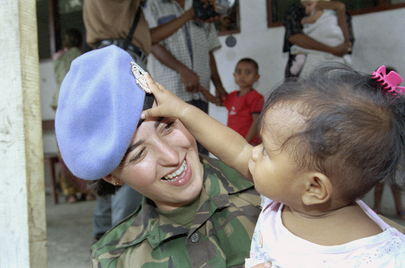 UN will use technology and medical capacity to improve peacekeeping

The Seoul UN Peacekeeping Ministerial, hosted by the Republic of Korea on 7-8 December 2021, will be attended by more than 700 persons, including ministers, heads of international organisations, academics and journalists from 155 countries. UN Peacekeeping helps countries torn apart by conflict to create conditions for lasting peace. The theme of this year’s meeting is the technology and medical capacity building in UN Peacekeeping. Under-Secretary-General for Operational Support Atul Khare believes that “technology can make our missions and camps smarter, more integrated, efficient, effective, safer and allow for end-to-end service delivery and operational support while minimizing environmental footprint”. The Ministerial will draw on the Strategy for the Digital Transformation of UN Peacekeeping as technology can provide timely and quality medical care to peacekeepers. Member States are expected to contribute several initiatives such as a new Casualty Tracking System, a Mental Health Strategy for uniformed personnel and a Public Health Surveillance System.

Other main focuses of the ministerial meeting will be Women, Peace, and Security and Sexual Abuse. The Under-Secretary-General highlighted that “gender parity is a non-negotiable priority, and it’s more than a numbers issue”. Additionally, abundant evidence shows that women participation improves peacekeeping performance. Controlling sexual abuse would strengthen the accountability of peacekeepers. The UN will call on Member States for techniques to manage exploitation risks like training commanders who will be deployed in the field. The purpose is also to advance the approach to addressing paternity and child support claims that arise from allegations of sexual exploitation and abuse.

UN will use technology and medical capacity to improve peacekeeping