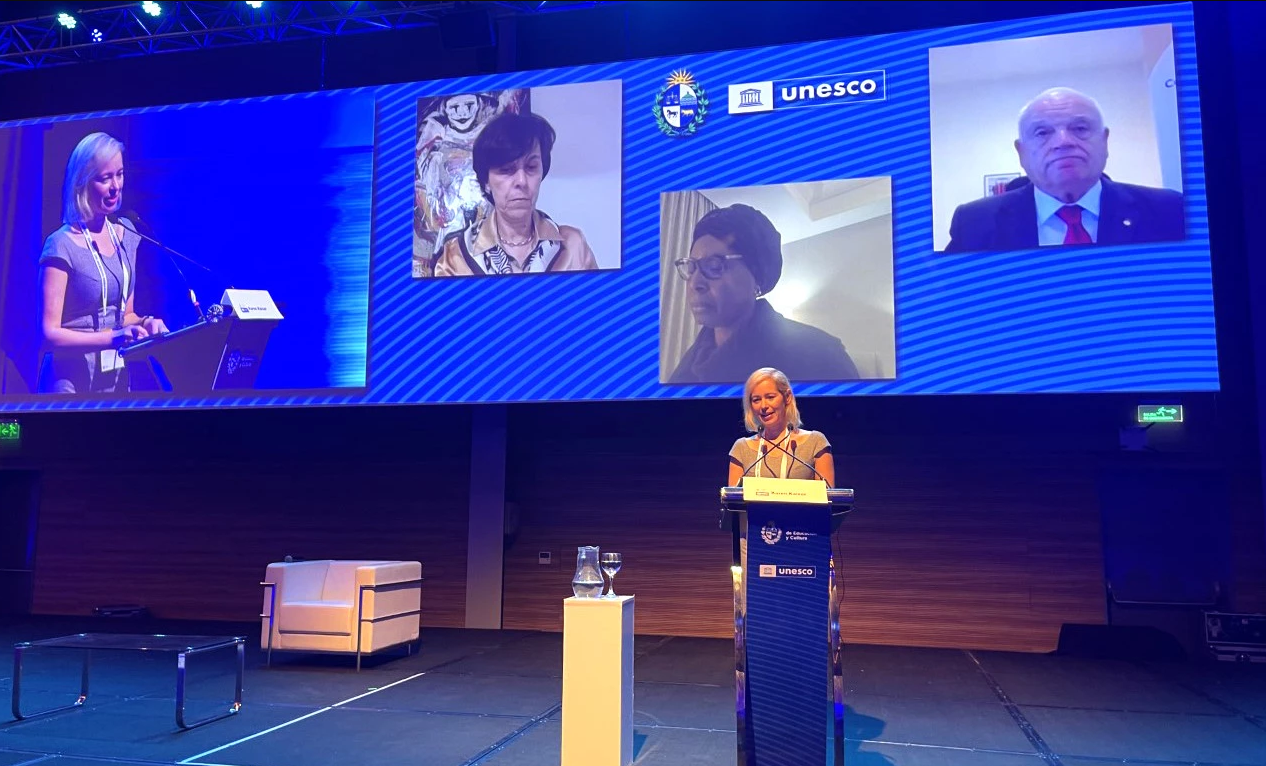 62 journalists lost their lives in 2020, according to UNESCO
Appeal for International Solidarity to Protect Freedom of Expression in Iraq

UNESCO and the Inter-American Court of Human Rights, have organized a high-level panel discussion with Presidents and Chief Justices of Regional Human Rights Courts on freedom of expression and the safety of journalists. The panel discussion took place on 3 May in Punta del Este, Uruguay, within the framework of the World Press Freedom Day Conference that is celebrated on 3 May.

According to UNESCO’s observatory of killed journalists, over 1,200 journalists have been killed between 2006 and 2021, with close to 9 out of 10 of these cases remaining judicially unresolved. Other violations endured by journalists include kidnappings, enforced disappearance, arbitrary detention, torture, intimidation and harassment, both offline and online, and seizure or destruction of material. Women journalists are particularly impacted by threats and attacks, notably those made online.

During the session, landmark decisions from the three regional human rights courts were presented, providing a regional overview of jurisprudence on these issues. More specifically, the topic of the criminalization of speech was addressed through the cases of Lohé Issa Konaté v. Burkina Faso (ACHPR), Palacio Urrutia v. Ecuador (IACHR) and Lingens v. Austria (ECHR), while the cases of Norbert Zongo v. Burkina Faso, Bedoya Lima v. Colombia and Dink v. Turkey were mentioned to introduce the topic of safety of journalists and the prevailing issue of impunity for crimes committed against them.

In order to promote the exchange of best practices and to reinforce international and regional standards on freedom of expression, access to information and the safety of journalists, thereby fostering the respect for the rule of law and fundamental freedoms in general, UNESCO has also established a number of institutional partnerships with regional human rights courts and judicial institutions, including Memoranda of Understanding with the Inter-American Court on Human Rights and the African Court on Human and Peoples’ Rights.

62 journalists lost their lives in 2020, according to UNESCO
Appeal for International Solidarity to Protect Freedom of Expression in Iraq