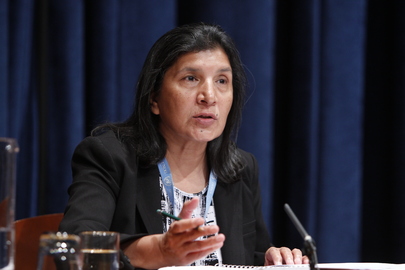 United Nations: the UN Special Rapporteur on violence against women concluded her first visit to Italy

According to the UN independent expert, the levels of such violence remain high and there is an urgent need to address the underlying structural causes of inequality and discrimination. The UN Special Rapporteur stressed that the current political and economic situation in Italy was no justification to decrease attention and resources allocated to addressing issues surrounding violence against women, especially since there have been increasing instances of femicide and domestic violence.

During her mission to the country from 15 to 26 January 2012, Ms Manjoo met women in custody, survivors of violence, and visited anti-violence shelters for women in Rome, Milan, Bologna and Naples, as well as an authorised camp for the Roma and Sinti community and an immigration detention centre for irregular migrants. Ms Manjoo also had meetings with high-level officials and civil society representatives.

The visit focused broadly on violence against women in four spheres, including the home, the community, violence perpetrated or condoned by the state, and violence in the transnational context. The main issues reviewed were: domestic violence, femicide, violence against women who face multiple and intersecting forms of discrimination, including Roma, Sinti and other migrant women, detained women, women with disabilities and transgendered people.

Ms Manjoo said that there is a vast amount of experience and expertise in Italy in the provision of legal, social, psychological and economic assistance to victims of violence against women, and that this should not be lost in the current economic climate. She called for holistic solutions to address the individual needs of women as well as the social, economic and cultural barriers belying such violence. She added that systemic, structural inequality and discrimination often facilitate violence against women.

The final report containing the UN Special Rapporteur's comprehensive findings will be presented at the June 2012 session of the Human Rights Council.

Ms Rashida Manjoo come from South Africa. In June 2009 she was appointed Special Rapporteur on the Violence against women, its causes and consequences, for three years.