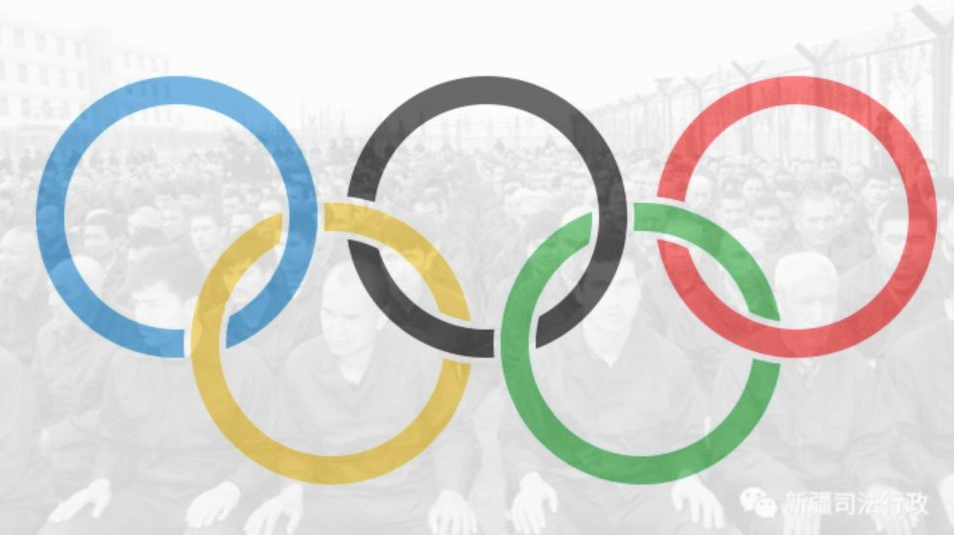 Are The Olympic Games An Efficient Vehicle for Human Rights Reforms? The Case Of China

Giuseppe Scuccimarra holds a master’s degree in Human Rights and Multi-level Governance from the University of Padova. This in Focus article is an excerpt from his master thesis discussed, in November 2020, under the supervision of Prof. Pietro De Perini.

We might take it for granted that there is enough space for human rights in every aspect of modern life, even in sport. However, human rights violations still represent a huge problem in our society, where autocrats and dictators, legitimized by the inaction of other countries, continue to threaten citizens all over the world.

Traditionally, the sport has been left out of conversations concerning human rights. Nowadays, the idea of using Mega Sporting Events (MSE) as a platform to advance human rights reforms is becoming more and more concrete. This has emerged from individual athletes, sports administrators, and more recently, researchers using their platform in sport to educate people about human rights.

THE RELATIONSHIP BETWEEN SPORT AND HUMAN RIGHTS

Historically the relationship between human rights and sport has been mostly politically oriented, despite the positive and negative impacts of MSEs. A notable example of this is the USA lead boycott of the 1980 Moscow Olympics after the country invaded Afghanistan. On the other hand, there was a very positive outcome reached after the 1988 Seoul Olympic Games. In fact, the Games accelerated South Koreas transition towards a genuine democracy achieved with free elections held in 1992.

Minky Worden, Human Rights Watch’s Director of Global Initiatives, has underlined five human rights abuses that have emerged from past Games. Her findings outlined violations that range from the forced evictions of citizens, the abuse and exploitation of migrant workers, the silencing of civil society, threats and intimidations, the arrest of journalists, and discrimination within nations engaged in the stages of the event.

Although specific human rights provisions are contained in the Olympic Charter (fundamental principles 4 and 6), past Games hosts were not explicitly required to provide human rights assurances. In fact, some of the latest editions of the Games were awarded to cities that turned out to be either unable or unwilling to respect and protect the rights of local citizens and other individuals.

As time passes, the International Olympic Committee (IOC), the supreme organ of the Olympics, has started to form partnerships with other bodies such as the United Nations High Commissioner for Refugees (UNHCR), International Labour Organisation (ILO) and the Sports Rights Alliance, to focus more on human rights issues. In this regard, one of the first steps in this new approach was the approval of the Olympic Agenda 2020, which sets forth recommendations for the IOC to support the development of a comprehensive human rights strategy (and action plan). In addition, in 2014, the IOC President, Thomas Bach, decided that starting with the 2022 Olympics, “Host City contracts” will include human rights and labour rights protections, including non-discrimination. Following this, another reform concerning the Host City Contract 2024 indicates that they will contain specific obligations with regard to human rights, anti-corruption and sustainable development standards. Finally, another important point deserving mention is the decision to establish the “IOC Advisory Committee on Human Rights”, which could be instrumental in helping the IOC meet its human rights responsibilities and addressing perceived risks to civil liberties.

Affirmed as one of the world’s most influential countries, as well as a strong economic power, China has sought to use its presence in international relations within the international human rights regime. Despite its global influence, China is not free from being monitored due to its practices and related human rights abuses. The country is commonly described as an authoritarian state that systematically limits fundamental rights, including freedom of expression, association, and assembly. These practices can be perceived in the ongoing situation in the Xinjiang Uighur Autonomous Region of Western China (XUAR), where these violations are still occurring. With the “2014 Strike Hard Campaign against Violent Terrorism in Xinjiang”, the Uighurs minority group, which represents the largest community in the region, found themselves under a system of massive and high-tech surveillance where their fundamental rights were being violated. Moreover, one of the most outrageous activities scheduled in the Campaign is the use of “Political Education Camps”, in which approximately 1 million Uighurs and other Turkic Muslims are detained without any legal process, and subjected to political indoctrination, ill-treatment, and, according to former detainees, even torture.

When China was awarded the opportunity to host the 2008 Olympic Games, it was repeatedly stated that the games could be used as a means to advance human rights reforms in the country. However, despite this premise, reports suggest that before, during, and after the Beijing Olympics, the situation worsened in China, with an alleged increase in human rights violations. The Games took place against a backdrop characterized by the harsh repression against Tibetans, and in a context where Chinese journalists and activists worked under conditions of tight control, censorship, and at risk of prosecution and imprisonment. Thus, the question about the possibility to advance reforms through the Olympic Games has a negative response.

Although the Beijing Winter Games 2022 has not taken place yet, the two events already have many similarities. Despite the change of President over the years, the government’s policies remain oppressive. The government is a permanent fixture, while the antagonist changes. In the 2008 Olympic Games, the enemy was represented by the Tibetans’ dream of independence, while the upcoming Winter Games are going to take place in the shadows of the ongoing human rights violations in the XUAR.

If we want to estimate the impact of the upcoming 2022 games on human rights, considering that the context is very similar to the one had in Beijing 2008, it is very difficult to predict a positive outcome. This uncertainty stems from the recent government policies enacted in the XUAR, which reconfirmed China’s disinterest in respecting human rights. As such, it is unlikely that these Games will incite a significant human rights reform in the country.

Another point of contention is the unexpected decision to award Beijing in the first place. The election came at the same time as the IOC advancing new human rights-based initiatives, and thus, the re-election of Beijing raised many concerns about the reliability of IOC’s commitments. One of these initiatives involves the aforementioned inclusion of human rights provisions in the 2022 Host City Contract. Human Rights Watch China’s Country Report for 2015 presented detailed concerns over arbitrary detention, pervasive ethnic discrimination, severe religious repression in the XUAR, restrictions on religious freedom, and freedom of expression. As such, doubts may arise about whether the Evaluation Commission appropriately considered the statements and opinions provided in independent third-party reports. Thus, the decision to award China may be seen as inconsistent with the IOC’s new approach.

What emerges between the two Games is the perception of a very weak IOC, which is unwilling or unable to intervene even when a country violates the principles of the Charter. On the other hand, it is important to observe China’s rise in status over this period. While the 2008 Olympics helped boost Chinese nationalism sentiments, and encourage economic growth, the winning bid to host the 2022 Winter Games will further strengthen China’s international influence. With one year until the Beijing Winter Games, it is time for the IOC to take serious action. Of course, the International Olympic Committee is not the organ that should resolve all of China’s human rights problems, nor does it have the ability to deal with the ongoing situation. The promotion of reforms in China is not the sole responsibility of the IOC. Worryingly, China’s growing international influence has a direct effect on the development of international human rights. As a result of its economic power, China can successfully mobilize within the international human rights regime a great number of authoritarian governments and developing countries that rely on China’s investments.

While the IOC does not want to interfere with the internal human rights situation in China, it should at least be concerned with how domestic policies may negatively affect the sporting environment. There are already claims of Uyghur athletes being arbitrarily detained due to travelling for sporting purposes, while other non-Uyghurs went unpunished for similar conduct. The case of Erfan Hezim, a professional Uyghur soccer player, is a prime example of this. Erfan was transferred to a Political Education Camp for eleven months in 2018 and 2019. He was charged for travelling overseas to the United Arabic Emirates and Spain, where, just like his teammates, he participated in a soccer training camp and matches.

In light of the upcoming Olympic Games in Tokyo and Beijing, the IOC should commit to making sure that situations like that of Efran do not happen again in the future. While the IOC may refrain from commenting on the host’s internal human rights situation, it should at least guarantee respect for the practice of sport. Although President Bach is yet to make a formal announcement in this respect, it is still possible for Mega Sporting Events to be used as a tool for positive change. In this instance, they may not be drivers for social change, but they can at least help raise awareness and concern for worldwide human rights violations.