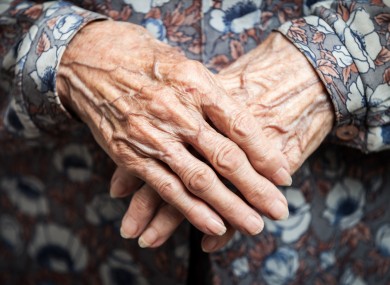 During the last decades, the issues of violence against women (VAW) and domestic violence has become one of the most debated issues, thanks to the tireless efforts of feminists and women’s rights groups, who have vigorously advocated for the recognition and discussion of the topic at both national and international level. However, very often the scope of concern and the interest in VAW focused exclusively on the so-called “universality” of the phenomenon, at the expenses of significant differences among the victims. Undoubtedly, VAW perpetrated by male is a universal phenomenon, since women suffer it all over the world (visit the UN Women Website for some “facts and figures”) and have no immunity guarantees. Independent from her social and economic status, a woman can become the victim of violence perpetrated by her current or former partner (the major perpetrators of VAW), as well as by acquaintances or strangers.

However, not all women experience violence in the same way or at the same rate, and the consequences, as well as the chances they have of escaping violent situations, can vary substantially. Numerous “categories” other than gender may structure a person’s position in society, such as age, ethnicity, social class, sexual orientation, (dis)ability and so on. Such categories are very often simplistically considered in a dichotomous way: one has to be male or female, young or old, heterosexual or homosexual, etc. Current systems of hierarchical power give privilege to those belonging to the categories of male, young, heterosexual while discriminating the others. Therefore, a woman, an elderly, a lesbian, or a person with disability very often face injustices, due to the fact that their rights and needs are less or hardly recognised.

Social categories do not exist separately from one another; rather, they simultaneously affect each person’s lives and their intersection structures life experiences. Considering VAW, the risk of experiencing it and the experience of violence itself vary among women. Such differences can be detected and analysed through the so-called “intersectional approach”, which investigates the mechanisms through which social categories combine in specific ways in people’s lives (for a better understanding of intersectionality, please read two articles of Kimberlé Crenshaw, published in 1989 and 1991).

The study of (male) violence against elderly women requires the adoption of the intersectional approach, since it is vital to understand the ways in which their gender and age combine in shaping their experiences of violence.

Elderly women are discriminated in many aspects. First, they are women in a patriarchal society permeated by sexism. At the same time, they are elderly in a capitalist society that value youth, contextually disregarding old age (ageism) and considering it an illness to be cured, rather than a natural life process. Being women and elderly cannot be considered separately; they are always both of them, and failing to consider those two conditions simultaneously is equivalent to depriving elderly women of their identity.

However, this is what exactly happened, especially in discussing violence against elderly women. More precisely, violence against elderly women was not a subject of discussion until a few years ago. As Hightower underlines, research fields focusing on the elderly (as gerontology, social gerontology, and geriatrics) have long omitted gender consideration from their reflections and research. According to such view, when elderly violence takes place, it does not make any difference if the abuse is committed against a woman or a man. Such an approach does not recognise violence against elderly women as contextualised in the patriarchal mechanisms of gender power imbalance, which exist in society as well as within family contexts. Equally, feminists for many years have found it hard to take into account age when advocating for the women’s right to a life free from violence.

The first and most dangerous stereotype coming out from sexist-ageist attitudes is that violence against elderly women does not exist. Many studies demonstrated that it is not true, such as the 2011 Prevalence Study of Abuse and Violence Against Older Women funded by the European Union Daphne III Program. Elderly women not only experience violence at significant rates, but their experiences are also enormously underestimated. On the one hand, underestimation is a direct consequence of social and academic disinterest in women who are no longer in childbearing age, thus making studies on the topic particularly isolated and non-standardised. On the other hand, violence against older women is characterised by exceptionally high rates of under-reporting. Scarce attention and insensitivity towards them are perceived and internalised by older women, making them particularly reluctant to disclose violent situations. Often, and with good reason, they are afraid of lacking credibility in the eyes of their interlocutor. Even worse, usually, they do not have the chance to disclose violence. The majority of professionals with whom elderly women mostly come into contact (physicians, care providers, hospital personnel) lack adequate training on the issue, and more often than not, they are not even aware of the possibility that their older female patients could be victims of violence, especially of intimate partner violence.

Even when the particular vulnerability of older women and violence against them are acknowledged, such condition is considered as deriving uniquely from specific difficulties that women face in old age (increasing health problems, isolation, economic frailty, etc.), thus creating the stereotype of elderly women as weak, frail, and dependent on others. Such “passivisation” is equally dangerous for two main reasons. First, it denies dignity and empowerment to elderly women in general, and, more specifically, to elderly women surviving to violence. Second, it fails to recognise that certain vulnerabilities, which undoubtedly are risk factors for abuse, are not inherent to the condition of old women, but are instead created by sexist-ageist attitudes.

The combination of sexism and ageism leads to treating violence against elderly women as a separate phenomenon from gender-based violence. Older women experience violence in specific ways, sometimes resembling and sometimes differing from the experiences of younger women. However, fair discussions on violence against older women need to unveil and recognise the peculiarities of their experiences while constantly bearing in mind that their abuse exists within the context of VAW in general. The marginalisation to which elderly women are subjected is especially visible when discussing sexual violence. Sexual violence against elderly women is in fact, accurately avoided by the majority of professionals and academics, thus constituting an important ongoing taboo.

Elderly women can become victims of sexual violence, even if less frequently than younger women. However, it is difficult to estimate the extent of the phenomenon. Large-scale and comparable studies on it are very scant, while underestimation and under-reporting are exceptionally high. Hannah Bows made an exhaustive review of the literature on the merit. In the case of sexual violence against older women, the combination of gender and age-based stereotypes is exceptionally strong, and it directly causes the non-recognition of the phenomenon, especially through the following two interrelated misconceptions.

First, a widespread erroneous belief sees sexual abuse as mainly linked to sexuality and sexual desire. However, many theoretical and empirical studies have demonstrated that sexual violence and abuse do not have sex as their main driver. In the great majority of cases, the primary aim of perpetrators of rape is not sexual gratification; rather, rapists are guided by the desire of exercising power and control over another human being through violence, as argued by Susan Brownmiller, author of the 1975 book “Against Our Will. Men, Women and Rape”, which has revolutionised the discourse on the issue.

Clearly, it does not mean that raping is the same as pointing a gun to one’s head. First, sexual abuse implies the intrusion, being it physical, emotive, or both, in one’s own most intimate sphere, causing devastating and long-lasting consequences on women’s psychophysical wealth. Second, as Brownmiller and others have conceptualised, male recurrence to sexual violence against women has been continuing throughout all human history, thus revealing strong systemic and structural elements that become irremediably lost every time an episode of sexual violence is labelled uniquely as the brutal act of an abnormal person willing to satisfy his sexual pleasure. Being menaced with a gun is clearly not a pleasant experience and may cause serious physical and psychological consequences to survivors, including fear of future assaults. In the case of rape and other sexually violent acts, however, fear becomes preventive, and it concerns all the potential victims, namely all women. Sexual assaults not only have terrible individual consequences on survivals, but they also produce the “collective” effect of reinforcing fear in every woman. Every time sexual violence is committed, the patriarchy reaffirms female subordination, since sexual violence is the weapon “par excellence” used by men for exerting control over women.

The second misconception, directly deriving from the erroneous correlation between sexual violence and sexual desire, is that victims of sexual abuse have to be beautiful and sexually attractive, according to what society defines as “attractive”. The current beauty model imposed on women in Western societies is that of young, slim, athletic white bodies, devoid of any imperfection. Such a model, which is unattainable for the majority of women, causes self-dissatisfaction and serious psychological disorders of many young women, and it determines negative body images in older women as well. Especially after menopause, elderly women have to deal with natural body changes such as wrinkles, grey hair, and gaining weight. Those “ageing signals” acquire negative connotations and are stigmatised as “problems” that need to be fixed.

Since they cannot fulfil the imposed model of beauty, elderly women are consequently considered sexually unattractive. When women who do not fulfil the “ideal” of sexual desirability denounce sexual violence episodes, their claims are judged as less credible and are left at the margins, since they can be difficultly explained through the “sexually motivated” approach. Due to sexist-ageist stereotypes impeding to consider elderly women as attractive, they do not fit as potential victims of sexual violence. This fact, combined with the false myth on the asexuality of elderly people (especially of old women), causes a blatant under-recognition of the sexual violence perpetrated against them as well as a certain embarrassment in addressing the issue, which remains a social taboo.

Last, sexual violence against elderly women is not only unaddressed but also misinterpreted on those scant occasions in which it is recognised and treated. The majority of stakeholders (among which many feminists as well) has considered it as an independent and exceptional phenomenon, but not as a specific concrete experience of VAW in general. The intersection of ageism and sexism has thus denied the issue to be included within the feminist conceptualisation of sexual violence as an exceptionally gendered weapon used by men to reaffirm their control over women, once again relegating elderly women to a condition of invisibility and marginalisation.

The severe neglect characterising sexual and non-sexual violence against elderly women, here discussed, may be overcome only by adopting a more sensitive and inclusive approach, which should have some core elements. First, sexual violence against elderly women needs to be acknowledged as an existing phenomenon worth of attention and adequate response. Second, such violence needs to be addressed, bearing in mind the intersection of sexism and ageism, which affects older women’s lives, self-perceptions, and prejudices against them. At the same time, stereotypes must be avoided. If it is undeniable that the intersection of gender and age helps to understand the positioning of elderly women in society more clearly, reducing elderly women to these two categories would be an unjustifiable mistake. Last, paying attention to the specific discrimination, vulnerabilities, and forms of violence that older women may experience shall not consider them a separate category. Male violence against elderly women has to be analysed within the context of male violence against all women since the intrinsic nature of the former does not depart from that of the latter. The eradication of male violence against women demands structural, comprehensive, and long-term programs and actions. For being fair, effective, and human rights-oriented, such an approach cannot leave out anybody, elderly women comprised.