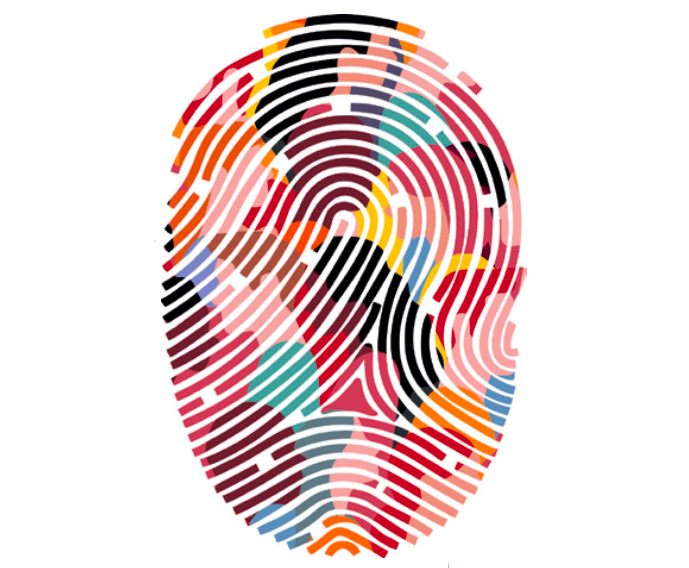 Viviana Pes holds a master’s degree in Human Rights and Multi-level Governance from the University of Padova. This article is an excerpt from her master’s thesis discussed in November 2020 under the supervision of Prof. Pietro de Perini.

The consequences of the COVID-19 pandemic have been devastating, with severe human rights implications worldwide. The latter are the repercussions of both the spread of the disease itself and the enforcement of emergency measures aimed at containing the virus, including lockdowns, curfews, travel bans and closing of borders. The spread of the novel coronavirus and its related containment measures did not happen in a vacuum: people’s life experience during a pandemic is shaped by pre-existing inequality structures. Health and socioeconomic disparities have been amplified and social groups who faced social exclusion before the pandemic have been and continue to be disproportionately affected.

Lesbian, gay, bisexual and other non-heterosexual people, as well as transgender and intersex people (LGBTI), are one of the most marginalized communities, consistently across the globe. Despite the strong differences among different geographical areas, common patterns can be identified. Compared to the general population, ceteris paribus, stigma represents the main driving force pushing many within the community at the margins of society, as LGBTI people face hostility, rejection, prejudice and the consequences of preconceptions that are deeply rooted across all countries and cultures, leading to an incredibly widespread phenomenon of social and financial exclusion. Moreover, many LGB+, transgender and intersex people experience the implications of living at the intersection of multiple marginalized identities.

The link between stigma and the disproportionate effects of COVID-19 is therefore not a straight line but rather a combination of interacting structures of discrimination. In fact, a single episode of violence based on sexual orientation, gender identity and expression and sex characteristics (SOGIESC) might be more easily identified as a hate crime, while claiming that a person’s overall health or financial situation is a consequence of discrimination needs further analysis.

To understand the reasons behind the likelihood of COVID-19 hitting this and other marginalized communities harder, we need to observe how social and financial exclusion interact and reinforce each other, resulting in severe disadvantages when navigating daily life as well as sudden disruptions, such as the current pandemic. Through the on-going public health emergency, LGBTI people are more physically vulnerable to the virus as well as disproportionately affected by the containment measures.

LGBTI people are more likely to suffer from pre-existing medical conditions. As such, they are overrepresented within the wider group of people who run higher medical risks if infected by the virus. The higher rates of pre-existing conditions can be explained by multiple overlapping reasons, as health disparities are mostly caused by a series of socially determined factors. Intersex people might suffer from genetic underlying medical conditions in addition to the stigma-related obstacles, which are comparable to the ones faced by LGB+ and transgender people, affecting their health outcomes and their vulnerability to COVID-19.

Prejudice and discrimination carried out by healthcare professionals are linked to lower-quality healthcare, and sometimes translate to the refusal to even provide medical assistance, a reality faced especially by transgender people. As a result, LGBTI people themselves can be discouraged to seek assistance because of the awareness and anticipation of the hostility that pushes them to avoid interactions with the healthcare system.

Another explanation for the physical health implications lies in the higher rates of substance abuse of LGBTI people, particularly smoking rates, which are associated with minority stress. This is a particularly relevant element given the nature of the novel coronavirus and its impact on the respiratory system.

Last but not least, lack of financial access to healthcare contributes to overall poorer health conditions. Income disparities, and higher poverty and unemployment rates do not only influence the likelihood of pre-existing medical conditions but heavily affect the shock-absorbing capacity of LGBTI people vis-à-vis the COVID-19 containment measures. Once again, there is not one single reason behind such alarming rates, but rather a complex overlapping of stigma-driven factors that affect the life of LGB+, transgender and intersex people in virtually every aspect of life, often beginning during childhood.

Family rejection and school discrimination start affecting LGBTI youth early in life. Young LGBTI people face higher rates of physical and psychological parental abuse; transgender children and adolescents face even higher rates, with severe consequences on mental health and school performance. Way too often, they are either sent away by their caregivers or decide to run away in order to escape the abusive environments, thus further influencing the likelihood of school drop-outs and contributing to the overrepresentation of LGBTI people among the homeless population. Outside of the home, discrimination begins at school, particularly towards transgender and intersex students. It comes from teachers as well as other students and it includes both physical and psychological violence.

These are only some of the ways through which education opportunities are compromised, eventually affecting employment opportunities as well. Still, even in the lucky event of a supportive family and school environment, or of a successful education path despite the obstacles, employment discrimination is a major factor behind financial instability, with many LGBTI people finding barriers to employment or navigating hostile working environments, and doing so with lower education levels and lack of financial support from their families. In countries where queer identities are criminalized, this scenario is to be inserted in the wider context of continuous episodes of violence: death threats, sexual violence, extortion and physical aggression, including police harassment, especially towards transgender sex workers.

Job discrimination, both intentional and unintentional, affects decisions on hiring, firing, and the salary. Being visibly queer negatively affects the chances of a successful interview, and dismissal is frequent for transgender people who start their social and/or medical transition after being hired. Although the situation changes dramatically among different countries and regions, poverty and unemployment rates, within the LGBTI community are higher for transgender people across the world.

Family rejection and employment discrimination are at the foundation of the higher rates of homelessness and the overrepresentation in informal work. All these factors are interacting and mutually reinforcing, affecting the availability of financial means necessary to face the economic consequences of COVID-19 containment measures.

Many of the LGBTI people that become and remain homeless do so by reason of their identity, or — to be more precise — because of the related stigma. In particular, LGBTI adolescents are more likely to be homeless compared to the cisgender heterosexual counterpart. In addition, navigating the very services that are supposed to help, such as shelters and social service systems, further exposes LGBTI youth to violence. Transgender and intersex people run the risk of being refusedby shelters, usually organized on the basis of assigned sex at birth in its binary conception, or they keep away from shelters in order to avoid exposure to harassment. Besides, disparities in treatment also exist when attempting to access housing, including SOGIESC motivated denial of leases.

Clearly, with the outbreak of the COVID-19 pandemic, the homeless population has been more exposed to risk of infection, and specific issues related to LGBTI people were reported by the United Nations Special Rapporteur on adequate housing, who collected examples of inadequate informal settlements, crowded community houses, and experiences of discrimination when seeking access to COVID-19 related relief packages.

If, on one hand, a disproportionate number of LGBTI people have to comply with self-isolation and other containment measures without being able to rely on stable dwelling, others found themselves stuck at home with hostile and abusive families. In fact, LGBTI organizations reported increases in the number of calls to helplines. Confinement measures exacerbate the risks of domestic violence, through both emotional, verbal and physical abuse. This was the case, for example, for LGBTI students, due to the closing of schools and universities, as well as LGBTI people who returned to live with their family due to loss of employment, particularly those in the informal sector, ineligible for government COVID-19 related assistance. All of these factors also explain the mental health vulnerabilities vis-à-vis the spread of the pandemic.

In addition, the efforts to contain human transmission of the virus quickly became a priority. LGBTI organizations had to rethink their work and have been heavily affected, as the world redirected its focus and its resources towards pandemic related responses. This had consequences on the much-needed advocacy work for LGBTI rights, but also on the life of queer people facing the outbreak without being able to rely on services that many LGBTI grass-roots organizations provide.

Overall, the explanations are multiple, overlapping and interacting with each other: simply put, the patterns of marginalization and social exclusion that affect LGBTI people across the world have consequences on the living conditions, ultimately compromising the availability of tools and reliance on support systems to face a sudden emergency situation.