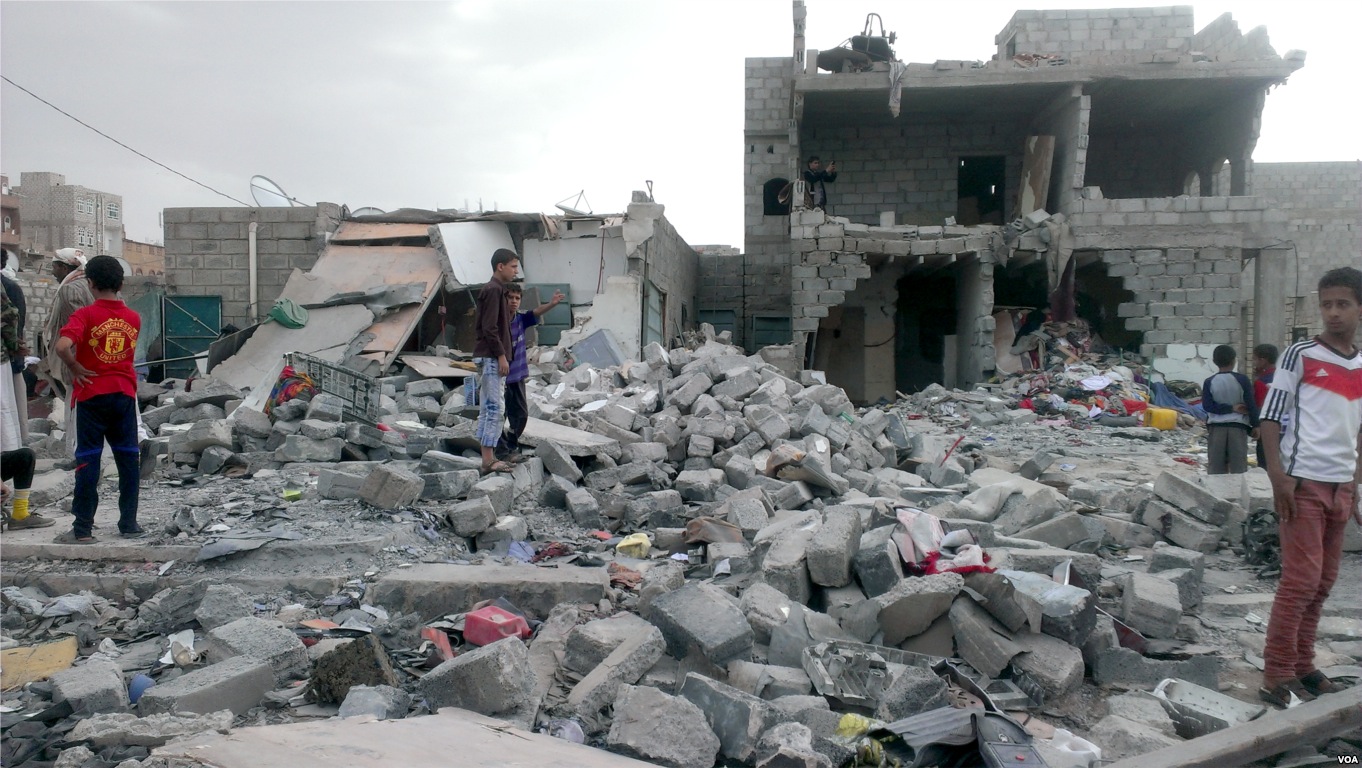 Violations of International Humanitarian Law in the Yemeni conflict: siege as a war crime

Alice Civitella holds a master's degree in Human Rights and Multi-level Governance from the University of Padova. This In Focus article is an excerpt from her master thesis discussed, in March 2020, under the supervision of Prof. Paolo De Stefani.

The Yemeni conflict can be considered one of the worst conflicts of our time, not only in relation to the number of civilian casualties, but also as regards the violations of International Humanitarian Law and of International Human Rights Law. In 2019, the UN defined the Yemeni conflict as the world’s largest humanitarian crisis, with more than 7,000 civilians killed until June 2019. This article focused on the war crimes committed in this conflict, and, in particular, on the use of the siege warfare, proposing the argument of possible criminalisation of the siege as a distinct war crime.

This civil conflict originated from the political opposition of the Ansar Allah Movement (known as the Houthi Movement) against the Government of Yemen. This low-level insurgency intensified as a consequence of the Arab Springs, reaching the tipping point in 2014. The political opposition was soon escalated in a fully-fledged conflict between the Houthis and the internationally recognised government of Yemen. At the request of the Yemeni President Hadi, in March 2015 a coalition of states led by Saudi Arabia intervened to help the Yemeni government against the rebels and to restore President Hadi to power. The Yemeni armed forces are also aided by other countries, such as the United States, Canada, France, and the United Kingdom, which are providing, at different levels, arms, intelligence, and logistic support. On the opposite side, a similar role is played by the Islamic Republic of Iran.

The Yemeni conflict has entered in 2020 its sixth year. During this time, the continuous fighting has led to the collapse of the economy and of the basic services in Yemen, with almost 80% of the population in need of assistance and protection. All the parties involved in the conflict are responsible for war crimes and abuses of human rights. The lack of international attention and media coverage has caused the indifference of the international community vis-à-vis this huge humanitarian crisis.

According to the ICRC, war crimes can be defined as serious violations of International Humanitarian Law or customs of war applicable in international and non-international armed conflicts. They endanger protected persons or objects, or violate provisions concerning the conduct of hostilities.

The war crimes committed in Yemen are many and of different nature. The pro-government coalition is considered responsible for several airstrikes carried out against the civilian population and protected facilities, including hospitals, and for the use of indiscriminate weapons, such as cluster munitions. On the other side, the Houthis are guilty both of indiscriminate attacks, meaning attacks carried out without distinction between civilians and combatants, and of attacks purposely targeting civilians, including using snipers. Moreover, there is evidence that the Houthis have used anti-vehicle and anti-personnel landmines and victim-activated Improvised Explosive Devices. Both parties have committed acts of enforced disappearances, hostage-taking, torture, sexual violence, arbitrary detention, child recruitment, and use of children in the hostilities.

All these conducts are well-established war crimes under national and international criminal law, entailing the individual criminal responsibility of the perpetrators.

Despite the impressive number of alleged war crimes committed, the Yemeni conflict is characterised by a high level of impunity and lack of accountability. Indeed, states and non-state armed groups participating in conflict have the legal obligation, under International Humanitarian Law, to prosecute and punish those responsible for the commission of war crimes. However, it does not seem that the Yemeni Government, the pro-government coalition’s states or the Houthi leaders are willing to thoroughly and reliably comply with this obligation.

A particular case: the siege warfare in Yemen

Siege is historically one of the most employed methods of warfare. Under International Humanitarian Law, however, there is no definition of “siege”. Over time, several definitions have been provided by scholars, practitioners, and military experts. Generally speaking, siege can be described as a method of warfare that entails the encircling or obtaining total control of an area and its population, aiming at its physical, psychological, and electronic isolation. The isolation and the control of the points of entry/exit of the sieged area have the aim of closing the enemy forces in a defined sector and force their surrender by impeding their logistic supplies and reinforcements. Finally, the sieging forces may conduct attacks and bombardments against the besieged zones.

Siege per se does not violate International Humanitarian Law, provided that it respects its principles and norms targeting only military objectives. For example, under article 27 of the Hague Regulations, the parties to a siege are obliged to adhere to the principle of distinction and to spare civilian buildings. Under articles 4, 13 and 14 of the Additional Protocol II (regulating non-international conflicts), typical siege-related conducts, such as collective punishment against the population, terrorising the civilians and the use of starvation as a method of warfare, are specifically prohibited.

However, sieges in Yemen are systematically conducted in such a way that not only violates the principles and norms of International Humanitarian Law, but broadly affect civilians and their human rights. Sieges in Yemen have been laid by the Houthis on the city of Ta’izz and the district of Hajour, and by the pro-government coalition on the district of al-Durayhimi. The sieging forces gained the control over these urban areas by establishing checkpoints that impeded not only the entry/exit of civilians, but also the passage of humanitarian relief operations and aid (basic goods, medical supplies, etc.). In the cases of Hajour and al-Durayhimi, media and the UN Agencies have been prohibited from accessing the districts. These factors led to the degradation of the living conditions of the civilian population, including its starvation. Abuses towards civilians have been reported, among which torture, extrajudicial killings, enforced disappearances, and sexual violence. Furthermore, attacks, including indiscriminate shelling and bombardments, aircraft attacks and sniper attacks directly targeting civilians, civilian buildings, and protected facilities have been carried out. All these elements have led to an unbearable situation and to the spread of a feeling of terror among the population, as it became impossible to find a secure place or shelter.

As this brief description has outlined, sieges in Yemen have been conducted in complete disregard of the norms and principles of International Humanitarian Law. However, Yemeni sieges are not an exceptional case. Since the 1980s, there are many examples of sieges conducted according to the same pattern as we witness in Yemen. A particular model of siege, defined as “unlawful”, has been identified, characterised by the indiscriminate inclusion of civilians and combatants in an urban area; impediments or strict limitations to the passage of humanitarian relief operations, including the evacuation of the civilians; degradation of the conditions of the civilian population and starvation; indiscriminate attacks and attacks targeting civilians and civilian objects. This model of siege violates the fundamental principles of distinction, precaution and proportionality and, therefore, has to be considered as an indiscriminate method of warfare.

Currently, “unlawful” sieges are neither recognised as a distinct war crime nor criminalised under International Humanitarian and Criminal Law.

Logically, there are only two ways to punish the perpetrators of this type of siege:

As this brief analysis shows, current international law instruments are not sufficient for the criminalisation of this particular military tactic as it has emerged and affirmed in the late years. A necessary step should be establishing the “unlawful” siege as a particular category of siege and as an indiscriminate method of warfare amounting to a war crime and entailing the individual criminal responsibility of those who plan, organise and implement it. This, however, allegedly requires the enactment of a specific provision or the development of a corresponding praxis leading to a customary norm.

The recognition of the Yemeni sieges as war crimes will entail some developments and changes under International Humanitarian and Criminal Law.

In this regard, three possible scenarios are envisageable:

- The activation of the Universal Jurisdiction by some states;
- The possible intervention of the International Criminal Court, based on an evolving interpretation of existing norms;
- The creation of an ad hoc tribunal specific for the war crimes committed in Yemen, featuring in its statute the crime of “unlawful siege”.

The most feasible solution seems to be the last one, namely the creation of an ad hoc tribunal, with, under its statute, an article criminalising the “unlawful” siege warfare.

Two main conclusions can be drawn in relation to the Yemeni conflict.

Firstly, the conduct of the hostilities, the continuous fighting, and the employment of “unlawful” sieges are having distressful repercussions on the Yemeni people. This situation is worsened by the widespread lack of engagement in the investigation and punishment of the perpetrators of war crimes. Investigations and accountability are necessary for a possible solution to the conflict. To achieve this goal, a deeper commitment by all actors involved in the conflict and by the international community as a whole is needed.

Secondly, the attention towards the use of siege warfare has to increase. It is foreseeable that in the future the use of sieges and, in particular, of “unlawful” sieges will intensify. Indeed, it is the opinion of different scholars that a siege cannot be both lawful and militarily effective. This has been demonstrated mainly by the recurrent employment of “unlawful” sieges, especially in recent conflicts. For this reason, the criminalisation of the Yemeni sieges under an ad hoc tribunal is of fundamental importance, as it could set the basis for the criminalisation and prevention of “unlawful” sieges in future conflicts.