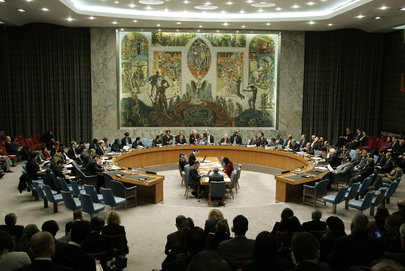 Civil Society Open Letter to Permanent Representatives to the UN: Recommendations on the Security Council Open Debate on Women, Peace and Security (WPS)

An open letter, available in English, French, Spanish and Arabic, was sent to all UN Member States on behalf of 391 civil society organizations across 98 countries in advance of the Security Council Open Debate on Women, Peace and Security (WPS) in October 2017. The letter calls on Member States to prioritize gender equality and women’s rights, and to increase their support for women civil society organizations and women human rights defenders.

As we approach the 17th anniversary of the adoption of SCR 1325 (2000) and the annual Security Council open debate on women, peace and security (WPS), we take this opportunity to reiterate the fundamental principles enshrined in the WPS agenda and urge each Member State to more consistently promote and abide by them.

Gender equality, women’s empowerment and protection of women’s rights, are intrinsic to sustainable development and conflict prevention. Women’s meaningful participation in conflict resolution, humanitarian efforts, peace processes, peacebuilding, elections, security sector reform, and political processes are also fundamental to sustaining peace. These principles are integral to the WPS agenda and must be central to the broader discussions within the United Nations (UN) system on sustainable development, and peace and security. A robust and diverse civil society, encompassing women’s organizations, women human rights defenders, activists, and women leaders, is also essential. As is an enabling environment for women civil society leaders with inclusive and non-discriminatory national justice, political and security institutions, legislation and policies which are grounded on the rule of law, equality and human rights.

Despite the commitments contained in the eight WPS resolutions adopted by the UN Security Council, the positive rhetoric espoused every October, and a wealth of evidence on the importance of ensuring gender equality and women’s participation in peace and security efforts, implementation of the agenda remains fragmented and regularly loses out to other political considerations. This ad-hoc approach can be seen even in the context of country situations which are the focus of significant attention by the UN Security Council and investment from the international community.

It is not enough to express support for the WPS agenda and then remain silent in the face of brutal crack downs and attacks on women civil society and women human rights defenders; overlook the exclusion or sidelining of women from political and security processes; not denounce national developments which undermine the status of women and their rights; or allow gender-related provisions to be cut from mandates and budgets.

Member States committed to conflict prevention must become standard bearers in safeguarding women’s rights. They must lead the way, both domestically and throughout foreign policies and aid, on gender equality, inclusion and non-discrimination regardless of race, religion, sexual orientation and gender identity, ability, age or another status. Women who are part of efforts to develop early warning signs of violent conflict, leading local initiatives to counter and prevent violent extremism and providing essential services to survivors should be supported in a way that prioritizes their strategic objectives based on their own assessments of local needs. Further, attention must be paid to ensuring counter-terrorism and financing regulations do not impede or restrict their work in challenging all actors that play a role in fueling violence and abuse. There must be accountability for grave human rights violations, including crimes of SGBV that amount to war crimes and crimes against humanity, and genocide, as well as curbing the flow of small arms as prescribed in the Arms Trade Treaty and other legal instruments. Holistic implementation of the 2030 Agenda for Sustainable Development will also strengthen the WPS agenda by ensuring policy coherence between efforts to implement Goal 5 on gender equality and women’s empowerment and Goal 16 on promoting peaceful, just and inclusive societies.

Women across conflict and crisis situations continue to face extreme threats to their safety and barriers to their participation, but nevertheless, they persist in advocating for their inclusion, their rights, and their solutions to be heard and acted on. Women and women’s organizations from conflict-affected countries need political and financial support from the international community, not empty promises.