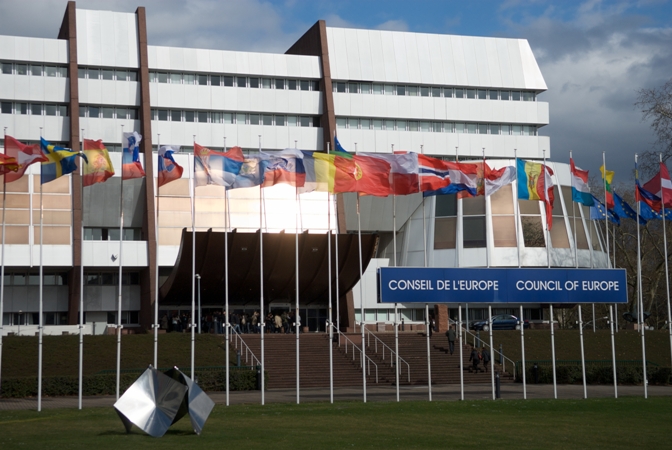 Committee of Ministers of the Council of Europe: Presentation of the 2016 annual report of the Venice Commission activities

On Wednesday 21st June 2017, the President of the European Commission for Democracy through Law (Venice Commission), Mr Gianni Buquicchio, presented the annual report of activities of the Commission in 2016.

The presentation opened by referring to the Annual Report of the Secretary General on the state of human rights and democracy in Europe. In the introduction to the report, the Secretary General poses the question of how resilient Europe’s democracies are when confronted with the new challenges brought about by mounting populism and to the key role that the Venice Commission can play in contributing to this resilience.

The role of the Commission, with the recent developments in Europe, is increasingly to try to block the attempts of some Member States to get rid of or to weaken, consitutional constraints. The Venice Commission has closely co-operated with these courts and contributed to their establishment in most new democracies. The Commission is working with the Conference of European Constitutional Court against the new populist tendency to disregard international commitments. This is of particular concern for the Council of Europe and threatens to undermine the European Convention on Human Rights.

The President then briefed the role in the neighbourhood policy of the Organisation. In Central Asia, the Commission has started an ambitious project focused on electoral reform in Kyrgyzstan, in addition to bilateral co-operation with Tunisia, Morocco and Jordan with a training programme for civil servants from seven Arab countries launched in cooperation with Morocco. He reiterated that the role of the Venice Commission is growing in importance in a period of new challenges with the support of the 61 Member States.

In the future, the Venice Commission foresees a collaboration with the Organisation of American States through the Memorandum of Understanding of 2011 between OAS and the Council of Europe, in particular on the subject of the President of Venezuela's initiative on consitutional reform.

The presentation was followed by an exchange of views with the Ambassadors of the Member States of the Council of Europe. The Commission's report will soon be available at the following link: https://bit.ly/VeniceCommission_Annual_Reports

Committee of Ministers, Presentation of the 2016 annual report of activities of the Venice Commission