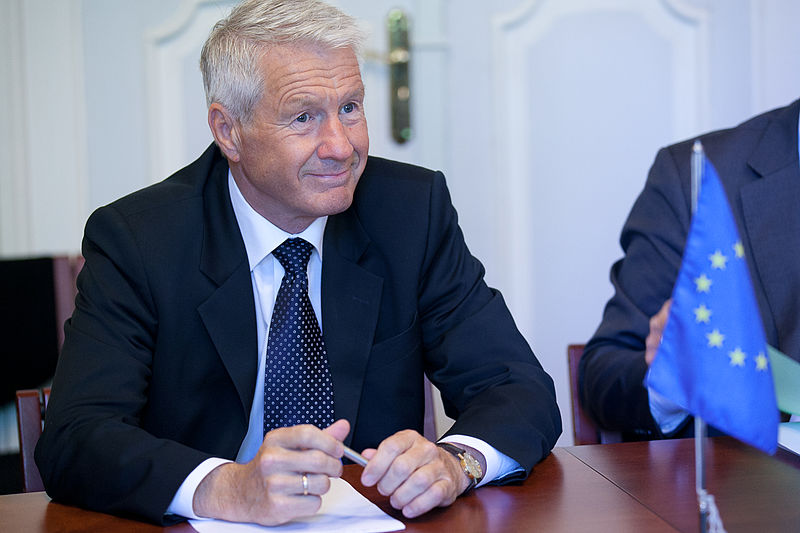 On 2 September 2014 Secretary General of the Council of Europe Thorbjørn Jagland met Ukrainian President Poroshenko and Foreign Minister Klimkin in Kiev. The main topic of the talks was the tense situation in eastern and southern parts of Ukraine. The Ukrainian President emphasized the importance of coordinating action with the Council of Europe for the solution of the difficult situation Ukraine found itself in. He also called on the Council of Europe to contribute to the humanitarian assistance for the occupied territories. The Head of State focused Jagland's attention to the fact that there were numerous proofs that militants tortured detained civilians and servicemen and urged the Secretary General to do everything to liberate Ukrainian pilot Nadiya Savchenko, who was captured by an armed pro-Russian militant group in June, 2014.

Besides, the President informed on the appointment of extraordinary parliamentary elections for October 26. Poroshenko invited the observers of the Parliamentary Assembly of the Council of Europe and assured of transparency of the election process in Ukraine. Also, the Secretary General of the Council of Europe underlined the importance of solving humanitarian problems in Donetsk and Luhansk regions, as well as in the Crimea. He expressed its intention to discuss the way the instruments of the Council of Europe can be used for assisting Ukraine in the given situation, particularly in the issue of compliance with human rights and economic sphere.

Earlier in mid-August, Mr. Jagland had already urged the European countries to increase humanitarian aid in eastern Ukraine. In addition, the Council of Europe initiated to establish an International Advisory Panel in order to oversee that judicial investigations into the violent clashes between protesters and security forces since the end of November 2013 met all the requirements of the European Convention on Human Rights and the case-law of the European Court of Human Rights.