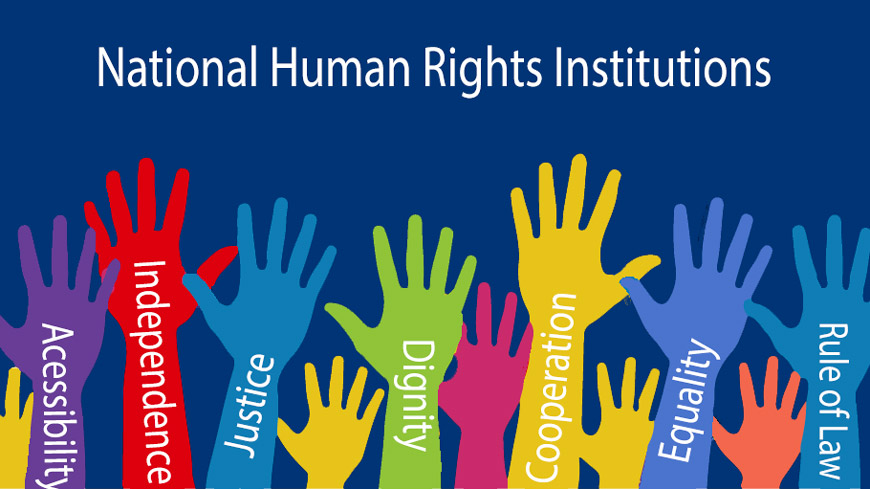 Council of Europe: the Commissioner for Human Rights published a Human Rights Comment on the occasion of the 25th anniversary of the Paris Principles

On the occasion of the 25th anniversary of the adoption of the Paris Principles, the Commissioner for Human Rights of the Council of Europe, Dunja Mijatović, published a Human Rights Comment in which she declared:

“25 years after the international community first formally embraced the idea of creating national institutions for the promotion and protection of human rights through the endorsement of the Paris Principles, it is obvious that independent and effective national human rights institutions are every bit as important and relevant today.

On 20 December 1993, the UN General Assembly adopted resolution 48/134 on “National Institutions for the Promotion and Protection of Human Rights”, with an annex containing the Principles relating to the Status of National Institutions, better known as Paris Principles, in which it encouraged all states in the world to set up independent national human rights institutions (NHRIs).

NHRIs are non-judicial, independent institutions created by states through their constitution or law, with the mandate to promote and protect human rights. States are free to decide the best type of NHRI for their domestic purposes. In Europe, the most common models are ombudsman institutions, human rights commissions, hybrid institutions (which combine several mandates, including that of equality body), and human rights institutes and centres.

The Paris Principles constitute a set of internationally recognised standards to assess the credibility, independence and effectiveness of NHRIs. To be fully effective, NHRIs should have a broad mandate to deal with all human rights; an inclusive and transparent selection and appointment process for their leadership; be independent both in law and in practice; have access to sufficient resources and staff; and co-operate effectively with national and international stakeholders.

As state-created and state-funded institutions, they enjoy special legitimacy and access to policy makers. At the same time, they are mandated to co-operate closely with civil society. They can thus act as a bridge between civil society and the authorities, while at the same time, being independent from both. As local actors, NHRIs have a deep understanding of the domestic context and can conduct persistent advocacy for change.

Not all NHRIs are fully effective and independent, but those that comply with the Paris Principles have become increasingly recognised as crucial actors within the global human rights framework”[...].