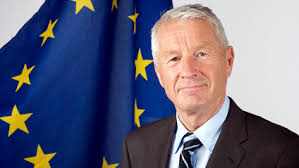 The Secretary General of the Council of Europe, Thorbjørn Jagland, has published his last annual report concerning the future challenges for Europe and the need to strengthen the role of the Organisation.

The Secretary General, after ten years of his mandate, has urged the Council of Europe’s 47 member states to reinforce the organisation, to make sure that it is properly financed and to develop new legal standards on emerging challenges to human rights and democracy.
“Faced with growing threats to the rule of law and new challenges to human rights across our continent, I am convinced that we need to reinforce the Council of Europe’s instruments, not to replace or duplicate them. These should also be financed properly from public money,” said the Secretary General.
According to the report there are a number of areas of concern, including attempts to bring courts under political control, increasing pressure on journalists and NGOs and challenges to the authority of the European Court of Human Rights from nationalist forces.

The Secretary General’s report highlights the Council of Europe’s substantial contribution to promoting peace and stability across Europe, notably through the European Convention on Human Rights and the European Social Charter, and calls for the Organisation to be more proactive in upholding its legal standards and urges Members States to create new standards to help tackle a number of emerging challenges to human rights and democracy, notably artificial intelligence and modern slavery, as well as taking additional measures to promote economic and social inclusion.

The report also sets out a number of principles according to which the Secretary General believes the ongoing difficulties between the Council of Europe and the Russian Federation should be resolved.
These include upholding the rights and obligations of all 47 member states to fully participate in the organisation’s Committee of Ministers and Parliamentary Assembly, as well as their obligation to cooperate with the Council of Europe in good faith and to pay their financial contributions on time.

The full version of the Annual report is available at the link below.