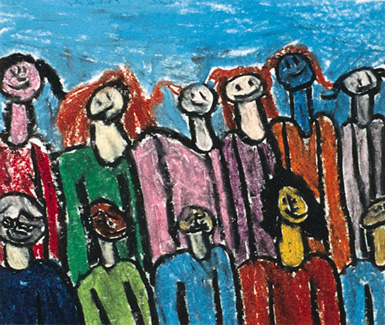 On 25 and 26 April 2013, at the Charlemagne building in Brussels, the Human Rights Centre of the University of Padua will participate in the conference Learning EU at School, organised by the European Commission, Directorate General Education and Culture. The delegation of the Centre is composed by prof. Paola Degani and Cinzia Clemente.

The "Learning EU @ School" initiative has been developed by the European Commission in 2011 as a concrete response to the real need of facilitating the teaching and learning of European Union subjects with the wish to include measures promoting civic education (teaching and learning) on European Democratic Citizenship, including studies of Europe and the EU in primary and secondary schools.

The conference will present the state of play of learning about the EU in European schools, and discuss success factors and obstacles starting from the recommendation of a study that was run with a view to examining the situation of teaching and learning of facts and knowledge about the EU in compulsory education across the Member States as well as on the basis of the results of the 45 projects presented together with some of the produced tools and methodologies produced in the framework of these projects.

The Human Rights Centre, in cooperation with the Italian Ministry for Education University and Research (MIUR) and the National Agency for the Development of the School Autonomy (ANSAS, ex INDIRE), has participated in this initiative with the the project Citizenship and Constitution: Learning the EU at school (Cittadinanza e Costituzione: apprendere l'Unione Europea a scuola), that was developed during 2012.

The programme of the conference as well as detailed information about the project Cittadinanza e Costituzione can be found in the box below.

Human Rights Centre, pages of the project Citizenship and Constitution: Learning the EU at school