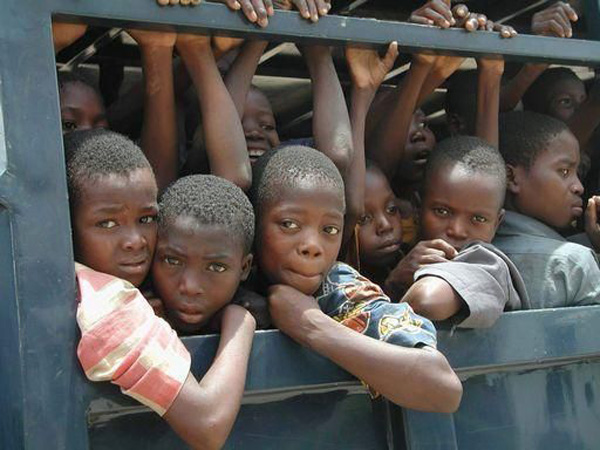 GRETA: States must act urgently to protect refugee children from trafficking - Statement on the occasion of the 4th World Day against Trafficking in Persons

Children represent a quarter of identified victims of human trafficking on average in Europe, according to available data. Children are subjected to trafficking for the purpose of sexual exploitation, labour exploitation, forced marriage and, increasingly, forced criminality. Several of GRETA's recent country evaluation reports highlight serious shortcomings in the response of States to the protection of children at risk of being trafficked and the provision of assistance to child victims of human trafficking. In Europe today, children are living in transit zones, at borders and in camps, often with little or no protection or assistance, and limited opportunities to integrate into host communities. Delays in the appointment of guardians, increased restrictions on family reunification in many countries, limited opportunities for resettlement or relocation, and sometimes hostile attitude to child migrants and refugees, create further difficulties for children seeking to escape the reaches of trafficking networks.

GRETA reminds States that a protective environment for all children is essential to reduce their vulnerability to trafficking and to ensure respect for the child’s rights and best interests. In order to meet their obligations to prevent human trafficking and reduce children’s vulnerability to exploitation, States should guarantee adequate resourcing of child protection systems, take special measures for migrant and refugee children and provide support for family reunification when in the child’s best interests.

GRETA is made up of 15 independent experts and was established under art. 36 of the Council of Europe Convention on Action against Trafficking in Human Beings. It aims to monitior the application of the obligations of the Convention, alongside a committee composed of representatives of the Committee of Ministers of States party to the Convention.