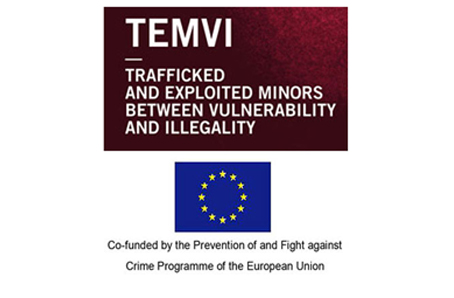 Minors victims of trafficking for the purpose of illegal activities are the visible component of a phenomenon connected to a market led by organised criminal organisations. The Video of the European project “TEMVI: Trafficked and Exploited Minors between Vulnerability and Illegality” aims at raising awareness and knowledge of such phenomenon among potential victims, social workers, police officers, and the community at large.

The involvement of minors in illegal economies in Italy is a phenomenon of major social concern, involving both urban and rural areas. Owing to the invisibility of such form of exploitation, the subjects involved are generally identified as authors of crimes and seldom as potential victims of trafficking. Hence the Project has involved France, Hungary and Romania - since they constitute part of the countries of origins and transit/destination of such individuals - as well as a pool of private Italian entities with a long-standing experience in assisting victims of severe exploitation and trafficking.

This Video, produced under the coordination of the Municipality of Venice and realized by the society 4Frame - www.4frame.it., is available in both Italian and English. The English version is also available with French, Hungarian and Romanian subtitles.

The TEMVI project has been funded with support from the European Commission (HOME/2013/ISEC/AG/THB/4000005491) and is coordinated by the Human Rights Centre of the University of Padova.