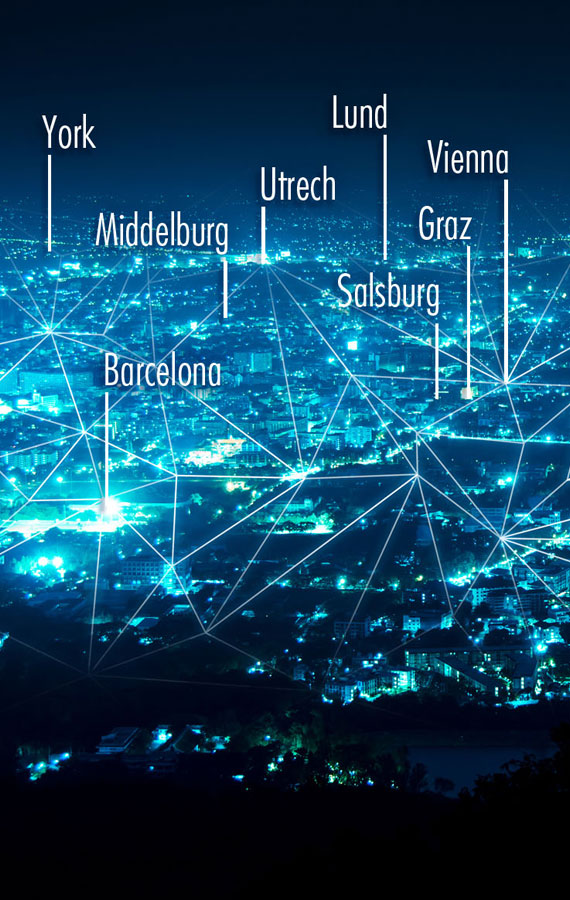 On the occasion of the 70th anniversary of the Universal Declaration of Human Rights, the Human Rights Cities Network (HRCN) has created a new online platform with the goal of supporting people to connect and expand cities that protect, promote and fulfill human rights.

The Human Rights Cities Network is an info hub, which collects information on what constitutes a human rights city and how existing cities can be developed further. The new online platform creates an interactive community of human rights cities practitioners with the primary objective to develop a network of people who can expand their knowledge and share their experiences, to significantly grow the number of Human Rights Cities around Europe.
Guest member cities and associate members are key actors, sharing new ideas and taking current concepts to their own cities.

HRCN helps implement the full spectrum of human rights for people living in urban settings, by supporting cities and political decision-makers and connecting them with Human Rights Cities practitioners, who can contribute to the development of concepts, guiding practices and operational strategies, to enhance human rights.

A Human Rights City may be defined as a municipality that has adopted human rights principles and laws, as guiding norms of governance. In practise, it provides for an inclusive civic engagement with city management, where people have the power to decide on policy proposals and politicians assume the role of policy implementers, hence fostering participatory democracy with solidarity and social justice. Such a commitment translates locally into an improvement in the quality of life of all residents.

Since 1997, human rights cities have gradually developed in Europe, Africa, Asia and the United States, following the declaration by the city of Rosario, Argentina, of the world’s first human rights city.
At present, eight cities are officially self-declared human rights cities within the European Union territory: Graz, Salzburg and Vienna in Austria; York in the United Kingdom; Barcelona in Spain, Utrecht and Middelburg in the Netherlands, and Lund in Sweden.

The network promotes a model where human rights are used to redefine the city as a more liveable space.

In order to visit the new HRCN online platform click on the link below.