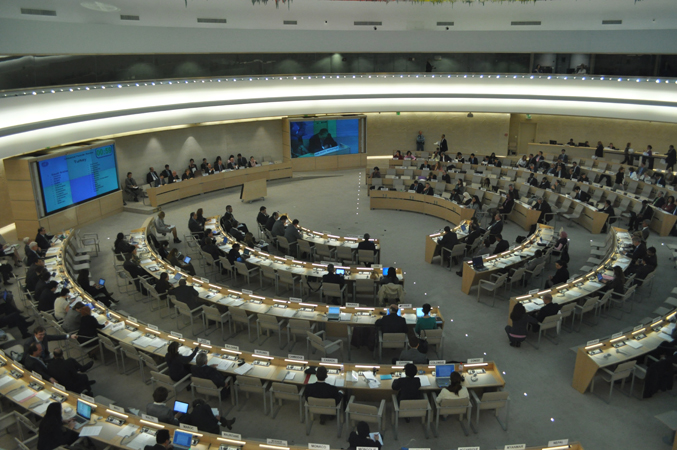 The twentieth session of the Human Rights Council Universal Periodic Review (UPR) Working Group was held in Geneva from 27 October to 7 November 2014 during which 14 States had their human rights records examined under this mechanism. One of the countries under review was Italy, which discussed key human rights issues during the 3 hours interactive dialogue with other Member States issuing recommendations on how to improve the human rights situations in the country.

Ratification and implementation of international instruments, National Human Rights Institutions (NHRI), discrimination and racism, minorities’ and Roma community’s situation, and migration are just some of the issues that were raised in connection to the human rights situation in Italy.

The head of the Italian Delegation was Mr. Lapo Pistelli, State Deputy Minister for Foreign Affairs and International Cooperation. The 3 states, or “troikas”, who acted as rapporteurs during the review of Italy were: Ireland, Ethiopia and The Former Yugoslav Republic of Macedonia.