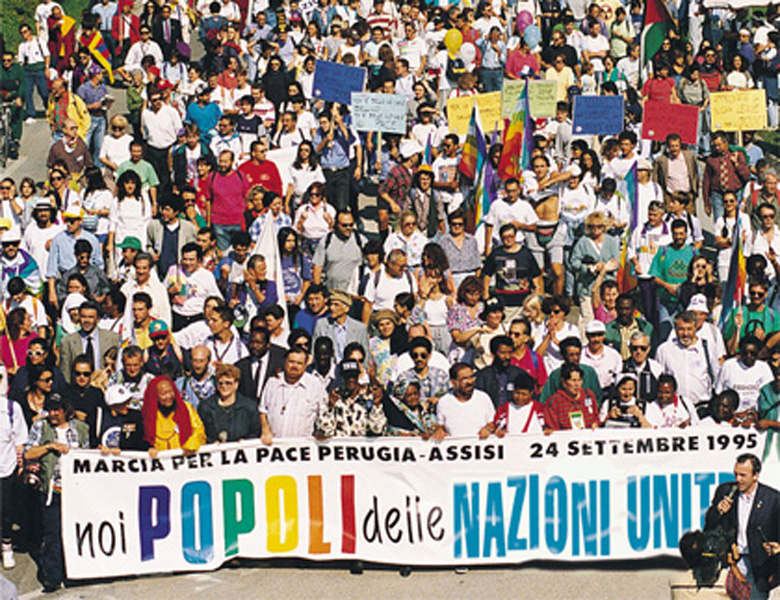 Ten years after the attacks of 11th September 2001 and the beginning of the war in Afghanistan, the Tavola per la pace (Peace Roundtable) together with the American association of 11th September families, Peaceful Tomorrows, organised a peace-building mission to Kabul to say stop to violence, war and terrorism.

From 31st August to 5th September the Italian-and-American delegation will travel to Kabul to meet the families of the victims of terrorism and war, the Afghan civil society organisations and the representatives of the main international organisations working in Afghanistan.

The peace-building mission, organised thanks to the collaboration of Afghana and the Coordinamento nazionale degli enti locali per la pace e i diritti umani (Italian national coordination of local authorities for peace and human rights), will take place on the eve of the Perugia-Assisi March for peace and brotherhood among peoples on 25th September 2011.

The mission of Tavola per la pace and Peaceful Tomorrows is intended to be a strong gesture of solidarity with the Afghan people and to pay homage to the victims of war and terrorism. The associations will give to them the “Assisi Light”, a lamp designed by Franciscans as a symbol of the peace we have to build.

At the same time, the delegation wants to collect evaluations and proposals to come out of the current tragic situation, listening to the different opinions of the Afghan civil society and the representatives of the main institutions working in Kabul.

Finally, the mission intends to follow through on the commitments made by the Italian civil society at the Afghan civil society Conferences organised by Afghana, in Kabul (March 2010) and Rome (May 2011).