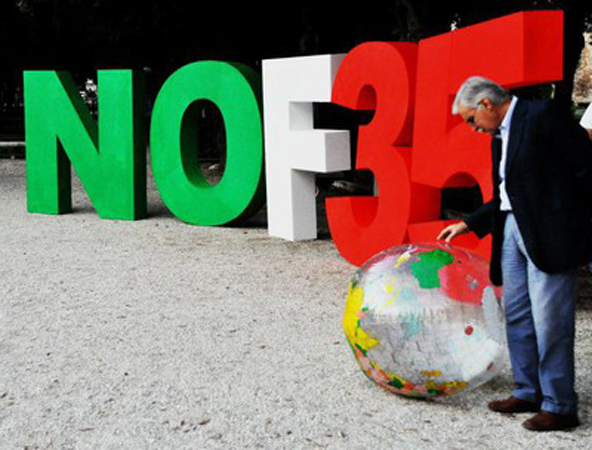 Italian Network for Disarmament and Roundtable of Civil Interventions for Peace: proposed Agenda for Peace and Disarmament construction in the next legislature

The member organizations of Italian Network for Disarmament and Roundtable of Civil Interventions for Peace launches an Agenda containing a series of proposals relevant for the construction of disarmament and peace which is addressing to the competing coalitions and political parties of February 2013 Italian elections.

In accordance with the perspective of a peace construction which would be made possible through a non-violent approach and real paths for disarmament “if you want peace, then prepare peace”, the two networks propose 16 practical proposals of political nature, contained in 3 major thematic points.

Regarding the non-violent perspective for peace construction and crisis management, the Italian Network for disarmament and The Roundtable of Civil Interventions for Peace underline the need for recognition of civil commitment in conflict situation and civil Peacebuilding as a guiding line of OECD-DAC (Organisation for Economic Co-operation and Development - Development Assistance Committee); urge the creation of an Italian Institute of Studies on Peace, Disarmament and Conflict Prevention as well as the creation of a national program for education to peace and non-violence and more participative discussions between international and national institutions for peace and security; The Agenda demand the National Civil Service to become an alternative to the military service, giving also suggestions for financial matters.

The Agenda also require different approaches in what regard the military costs and renewal of the defence policy model proposing the reduction of military expensive by reducing the new arms acquisition and a major control of arm system acquisition, gradual cancellation of F-35 aircraft program, and reducing the costs involved in the privileges existing in military sector.

The last thematic point of the Agenda concern the production and arms trade, demanding for a legislation that prohibits also at the international level the funding of cluster bombs production; the need for transparency of Prime Minister’s annual reports in order to achieve a higher level of respect of the prohibitions on export of military systems and light weapons; an effective commitment both for nuclear disarmament and ratification of an International Treaty on arms exchanges, as well as conversion of military industry to civil purposes.

The concrete proposals advanced by the Agenda for Disarmament and Peace “are in full harmony with the Constitution (specifically Article 11 of Italian Constitution), allowing Italy to play its international role according to the Charter of the United Nations and represent an effective and sustainable contribution to a greater and real safety of all citizens of our country”, states the networks.

Italian Network on Disarmament. Press communication
Agenda for Disarmament and Peace proposed for the next legislature