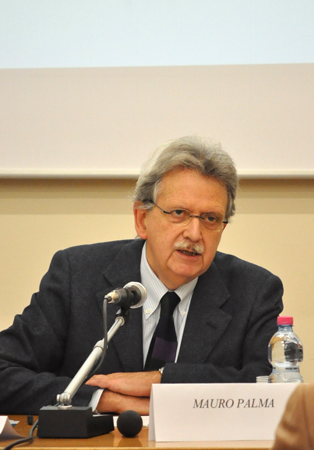 National Ombudsperson for the Rights of Detainees: Presentation of First Activities Report for First Year of Mandate, Rome, March 21st 2017

The National Ombudsperson for the Protection of the Rights of Persons Deprived of their Liberty will present his first report to the Parliament on the activities developed during the first year of his mandate.

The report will be presented to the authorities on March 21st at 10.00, in Sala della Regina of the Chamber of the Deputies. The ceremony will be introduced by President Laura Boldrini and there will be also national and international institutions that cooperate with the National Ombudsperson.

The National Ombudsperson is a figure that aims to guarantee the rights of people deprived of their liberty. In Italy, a process that started in 1997 culminated in the creation of the role of national Ombudsperson for the rights of persons detained or deprived of their liberty at the end of 2013. However, the appointment of the members of the office occured only in early 2016.

The Ombudsperson is an independent organism, allowed to monitor the places of deprivation of liberty. Its purpose is to individualise possible critical issues and find solutions. Besides, in the institutions managed by the office, the Ombudsperson has the power to resolve these hostile situations or complaints.

In Italy, the Ombudsperson has two further assignments. The first one concerns a consequential obligation deriving from the ratification of the Optional Protocol to the Convention against Torture. This envisages the provision of an independent national mechanism for monitoring the places of deprivation of liberty in order to prevent any situation of possible treatment contrary to the dignity of people (national preventive mechanism).The second concerns the monitoring of the repatriations of the present extra-community foreigners on Italian territory and who must be accompanied to their countries of origin. The European Directive on Repatriations (2008) foresees that every country monitors the situation with an independent organism.