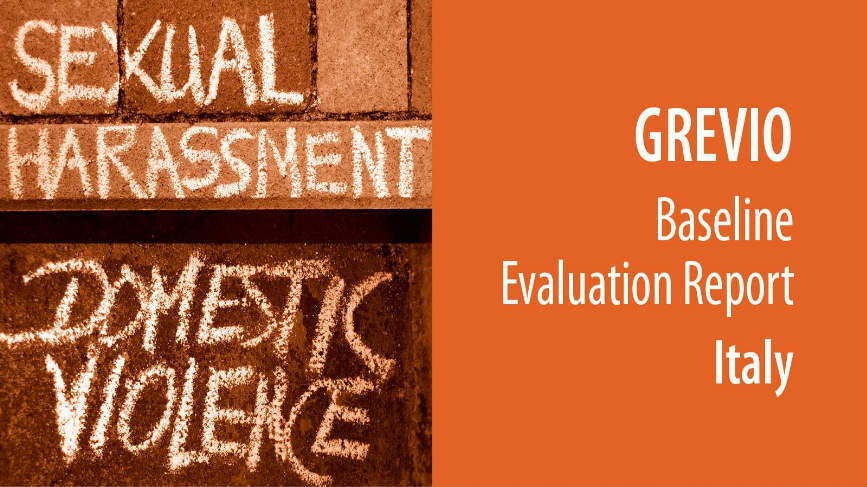 On male violence against women: GREVIO’s First Report on the application of the Istanbul Convention in Italy

On 25 May 2020, the Human Rights Centre held a web seminar on the first GREVIO Baseline Evaluation Report on Italy on legislative and other measures giving effect to the provisions of the Council of Europe Convention on Preventing and Combating Violence against Women and Domestic Violence (Istanbul Convention).

Speakers discussed the imputes that the Istanbul Convention has been given in combating violence against women and domestic violence and protecting the victims in Italy.

The Report titled GREVIO Baseline Evaluation Report Italy was adopted on 15 November 2019 and published on 13 January 2020, pursuant to Article 66 of the Istanbul Convention, following the monitoring visit to Italy about its implementation (Article 68) after five years from the ratification of the Convention by the Italian Government.

The publication of the Report represents a significant step for an examination of some critical aspects of the institutional response to the problem of male violence against women. The Report constitutes a very interesting starting point for critical analysis in the light of the human rights paradigm, of the policy system and more generally of the regulatory instruments, including those relating to the contrast on a criminal level, with which at this moment we “work” and intervene in the fight against violence and in support of women and their children.

Speakers include Prof. Paola Degani, professor of the University Center for Human Rights “Antonio Papisca” and national expert for GREVIO during the monitoring process of Italy; Gabriella Salviulo, Director of the University Center for Human Rights “Antonio Papisca”; Christina Olsen, Secretariat of the monitoring mechanism of the Council of Europe Convention on Preventing and Combating Violence against Women and Domestic Violence Council of Europe of the Council of Europe, Administrator of the Secretariat of GREVIO for the visiting monitoring process in Italy; Elena Biaggioni, lawyer and co-author of the Shadow Report of women’s NGOs submitted to GREVIO on measures taken in Italy to implement the Convention; Titti Carrano, lawyer and former President of the network of Italian women’s organisations D.i.RE; Patrizia Zantedeschi, President of the Centro Veneto Progetti Donna; and Mariangela Zanni, Chief of communication of Centro Veneto Progetti Donna-Auser and delegate for D.i.Re for Veneto.

The seminar was held in Italian and participated by a large number of workers of the anti-violence centres, students, lawyers and professionals of public services and institutions and civil societies organisations

Here below the presentation of Christina Olsen, Administrator at the Secretariat of the monitoring mechanism of the Istanbul Convention

GREVIO is the Council of Europe’s Group of Experts on Action against Violence against Women and Domestic Violence.