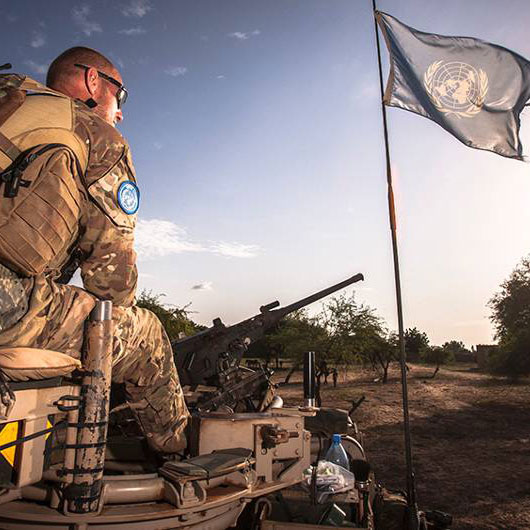 Paz sin Fronteras: Civil society organizations and universities recognize the leading role on the right to peace of PSF

The Associazione Comunità Papa Giovanni XXIII (APG23), the Center for Global NonKilling, the International, Association of Democratic Lawyers (IADL), the International Fellowship Of Reconciliation (IFOR), the Japan Committee for the Right to Peace and UNOY Peacebuilders, NGOs accredited to ECOSOC (UN) in Special Consultative Status, thanked Paz Sin Fronteras (PSF) for its invaluable support given to the noble cause of the recognition of the Right to Peace.

They also thanked them for having acknowledged the important role that their NGOs have played in Geneva on this matter.

As indicated by them, the Declaration on Right to Peace has been adopted in the Human Rights Council by vote at the 32nd regular session in June 2016 (A/HRC/RES/32/28). This Declaration on Right to Peace is the result of a long and difficult negotiation process among UN Member States and proclaims the “right of everyone to enjoy peace”. The Declaration needs the final adoption by the General Assembly that will occur in the Third Committee of the current 71th regular session of the General Assembly. It’s time now to redouble our efforts in order to move forward in the recognition of the Human Right to Peace.

These groups of NGO stated that the are well aware that Paz Sin Fronteras is already seized on this fundamental advocacy for the recognition of right to peace at the General Assembly but they wanted to express their support and willingness to cooperate when necessary and at your convenience.

On the other side, the UNESCO Chair on Human Rights, Democracy and Peace at the University of Padova, one of the leading universities in Italy, informed in its specific programme on the right to peace that PSF had launched a petition to demand to the UN Human Rights Council to adopt a declaration on the right to peace at the end of the thirty-second regular session, held from June, 13th to July, 1st 2016 in Geneva.

The Human Rights Centre and the UNESCO Chair at the same University have promoted and carried out, with the collaboration of the National Coordination of Local Authorities for Peace and Human Rights, a large campaign in Italy, to support the work of the United Nations Human Rights Council. More than 300 City Councils and 5 Regional Councils have adopted a petitionary motion to this regard.

The UNESCO Chair and the Director of the Human Rights Centre in a legal study about the Declaration concluded that «the conjuction of Article 1 with the very title of the Declaration presupposes that a human right to peace does already exist as implicitely proclaimed by Article 28 of the Universal Declaration of Human Rights: “Everyone is entitled to a social and international order in which the rights and freedoms set forth in this Declaration can be fully realized”.

The Declaration on the right to peace is in the pipeline to the General Assembly of the United Nations (Antonio Papisca, 2016)

We have a right to peace! Petitionary Motion for the international recognition of peace as a human right (pdf, 160.17 Kb , EN)