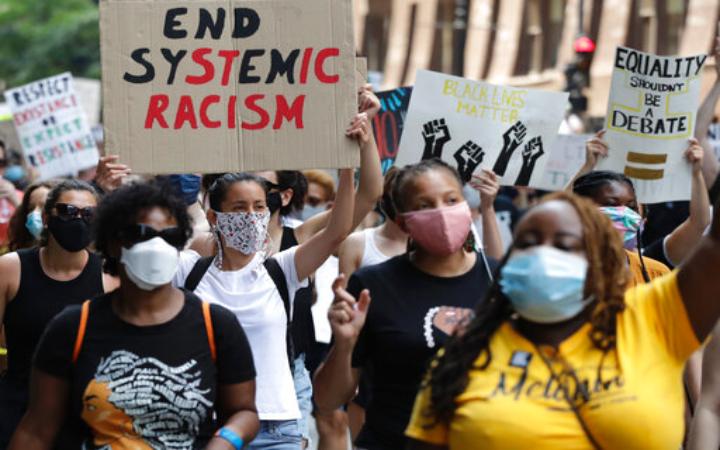 The murder of George Floyd, an African-American man, by a law enforcement official on 25 May 2020 in Minnesota, United States, sparked unprecedented worldwide protests that represented the struggle against police brutality and racism.

In this wake, the UN Human Rights Office was mandated in June 2020 by Human Rights Council resolution 43/1 to produce a comprehensive report on systemic racism, violations of international human rights law against Africans and people of African descent by law enforcement agencies, government responses to anti-racism peaceful protests, as well as accountability and redress for victims.

One year later, Bachelet published her Agenda towards transformative change for racial justice and equality offers a way forward for States to "reverse cultures of denial, dismantle systemic racism and accelerate the pace of action." The report calls on States to right historical wrongs while addressing the current realities and lived experiences of people of African descent.

The report sets out three key contexts in which police-related fatalities have occurred most frequently: the policing of minor offences, traffic stops and stop-and-searches; the intervention of law enforcement officials as first responders in mental health crises; and the conduct of special police operations in the context of the “war on drugs” or gang-related operations.

The elimination of Systemic racism would require reforming institutions, legislation, policies and practices that may be discriminatory in outcome and effect, the report stated. It urges States to adopt a "systemic approach to combatting racial discrimination" through the adoption of whole-of-government and whole-of-society responses that are contained in comprehensive and adequately resourced national and regional action plans and special measures for disadvantaged groups.

The report introduces a four-point agenda to end systemic racism and human rights violations by law enforcement against Africans and people of African descent. The High Commissioner calls upon States and the Human Rights Council to:

The High Commissioner will present the report to the 47th session of the Human Rights Council on 12 July 2021.