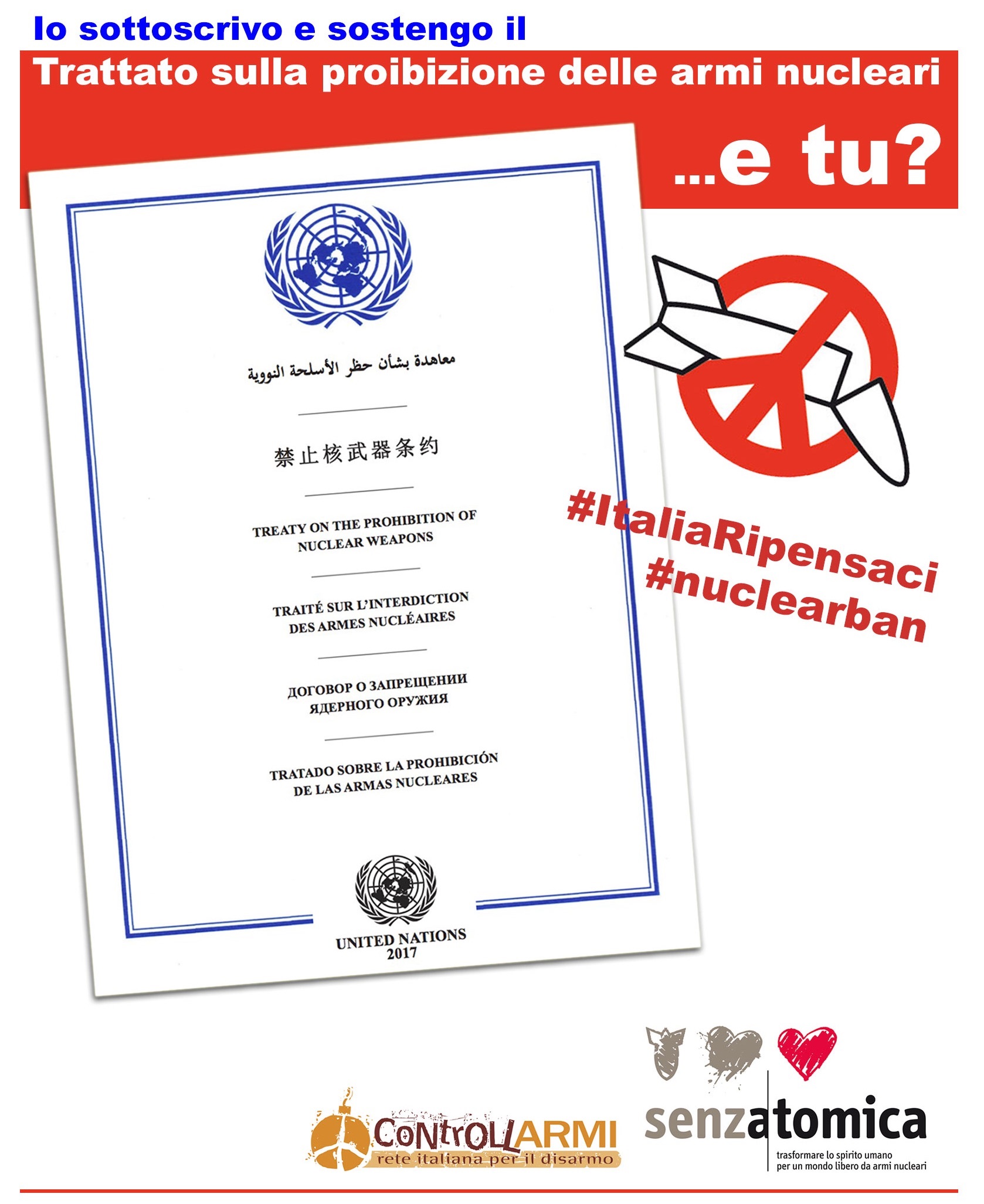 On the 20th September 2017, following the opening for signature of the UN Treaty on the Prohibition of Nuclear Arms (Nuclear Ban Treaty), Civil Society Organisations, coordinated by Senzatomica and the Italian disarmament network, have started the "Italy, rethink!" campaign to convince the government to sign and ratify the treaty.

The signing ceremony was opened by UN Secretary General Antonio Guterres, followed by the President of the General Assembly, by the President of Costa Rica, and (as a representative of the International Civil Society) the president of the International Red Cross and Beatrice Fihn, coordinator of the ICAN campaign (which Senzatomica and the Disarmament network are part of). The phase of formal adherision to the first ever international agreement the illegalises the most powerful weapons of mass destruction has therefore begun. This marks an irreversible step for the world, as international tensions continue to grow due to nuclear proliferation.

So far, Italy has not supported this path to multilateral disarmament, having both voted against the resolution in the General Assembly last year, which had convened to debate the text of the treaty, and not having participated in the negotiations in New York last July, which ended with the approval of the text. For this reason, Senzatomica and the Italian disarmament network have decided to launch a pressure campaign on the government, under the slogan "Italy, rethink!". Various initiatives will take place in order to convince the government and parliament to change their approach and follow the general opinion of the Italian people: that nuclear weapons of mass destruction should be banned!

In order to achieve this objective, the campaign forsees a symbolic signing of the treaty by the Italian citizens, to ask their government to unite with the multilateral initiative which will free the world of nuclear weapons. Local administrations and citizens are invited to take part in the campaign, to shout "Italy, rethink!" with their symbolic signature.

The main event of the first week of the campaign are:

All the ways to take part in the campaign and extra material have been published on the following websites: www.disarmo.org/ican

Beati i Costruttori di Pace, The signing of the Treaty to ban nuclear weapons is open: historic day for disarmament