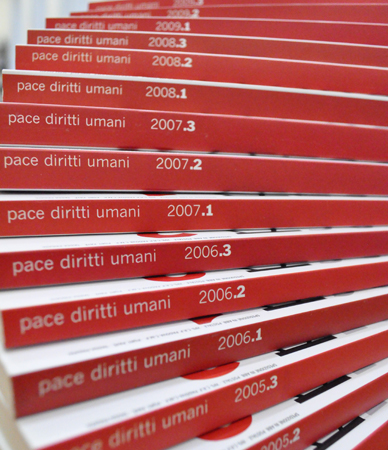 The Paduan excellence: the Italian Yearbook of Human Rights by the Human Rights Centre of the University of Padua awarded in Rome

The fifth edition of the Italian Yearbook of Human Rights (Marsilio Editori; Peter Lang for the English version) has been awarded with the prize “Scuola Strumento di Pace Italia 2015, un libro per i diritti umani” (A book for human rights). The prize has been assigned within the 43° edition of a national contest sponsored by “Ecole Instrument de Paix”, an international NGO based in Geneva, recognized by UNESCO and the Council of Europe and with consultative status at the UN.

As it can be read in the explanation of the awarding of the prize, “the Yearbook represents an important instrument in order to evaluate Italian action in the field of human rights and to promote an informed and transparent dialogue on this topic which, in this historical moment, is of uttermost importance”.

The award ceremony took place on October 22th at the Conference Room of the National Central Library in Rome, under the patronage of the Italian President and the aegis of the Presidency of the Council of Ministers.

This contest is part of a series of events organized on the occasion of the 100th anniversary of the First World War. Schools at primary, secondary and higher level have been invited to participate and to submit their projects on preservation of memory and promotion of peace and solidarity.