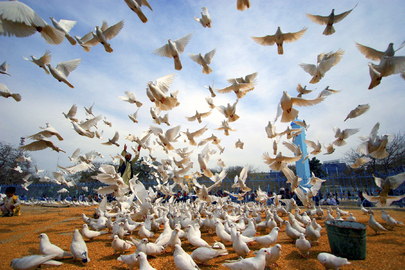 On 22 October 2016, Paz sin Fronteras (PSF) began the campaign called #RightToPeaceNow by which well-known personalities urged Member States of the Third Committee of the General Assembly to adopt a Declaration on the Right to Peace at the end of the 71th regular session, based on the resolution A/HRC/32/28.

Thanks to its social mobilization and the leading role played by a large NGO group, on 18 November 2016, the third committee of the General Assembly of the United Nations has adopted a Declaration on the Right to Peace by majority of its Member States.

After almost twenty years, the Declaration on the right to Peace has definitely been adopted by this Committee. This longstanding humankind’s aspiration has finally realized within the framework of the General Assembly after its first serious attempt carried out by UNESCO in 1997. Now the Plenary of the General Assembly shall ratify this resolution, which is foreseen to be happened in December 2016.

The Declaration will pass to the UN history for being the first peace Declaration adopted by the General Assembly in this new Millennium, after the adoption of the Declaration and Programme of Action on Culture of Peace in 1999 by the same body.

PSF wants to thank all people, governments and institutions for having successfully ended this joint adventure in New York. In particular, PSF openly thanks Costa Rica for having chaired in Geneva the Intergovernmental Open Ended Working Group on the Right to Peace, Cuba for having presented this Declaration before the Third Committee of the General Assembly and the Latin American and Caribbean Group, among others, for having actively supported this initiative. Recently the Latin American and Caribbean nations decided to declare this region of the world as a “zone of peace”.

However, this Declaration is the clear result of the important role played by some sectors of civil society and Universities for years, which have shown that genuine dialogue among all stakeholders and regional groups are the foundation of peace and understanding in the world.

PSF is a movement inspired in the humanitarian work of its two top leaders, Miguel Bosé and Juanes; its purpose is to promote the construction of peace in the world through art, culture and the support of renowned musicians.