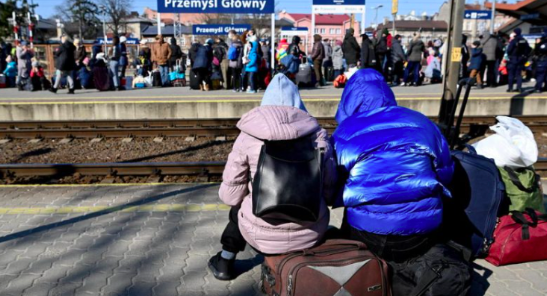 The United Nations Office on Drugs and Crime published research on key evidence on risks of trafficking in persons and smuggling of migrants during the conflict, with a particular focus on the ongoing war in Ukraine.

According to the UNODC research, inside a conflict-affected country, the vulnerabilities of people to trafficking arise. The main reasons are the conflict itself, lack of opportunities, limited access to healthcare and education, issues with the rule of law and the risk of exploitation in armed combat. However, the economic need is considered as one of the most often identified vulnerability factors for trafficking in persons.

According to the UNODC Global Database on Trafficking in Persons, even prior to the conflict, Ukrainians have been victims of human trafficking for many years. A total of 2,437 Ukrainians have been recognised as victims of trafficking in the years 2017-2020. While most of them were identified in neighbouring countries such as Russia or Poland, some were detected in other parts of the world, for example, the Middle East or South Asia.

Since the beginning of the war in Ukraine, millions of people have fled in order to seek international protection in other countries. According to the UNODC, the activation of the 2001 European Union Temporary Protection Directive significantly reduced the risk of human trafficking and migrant smuggling but did not eliminate the problem. Many potential abusive and exploitative situations still have been reported. UNODC brings attention to the children and all non-Ukrainian, non-EU citizens who are particularly exposed to the risk of trafficking and other abuses.

UNODC stresses the importance of organising an efficient legal framework. Ensuring access to safety and essential services as well as guaranteeing legal entry and legal status are crucial for preventing human trafficking and migrant smuggling.

United Nations Organization
Conflict in Ukraine: Key evidence on risks of trafficking in persons and smuggling of migrants (UNODC research)