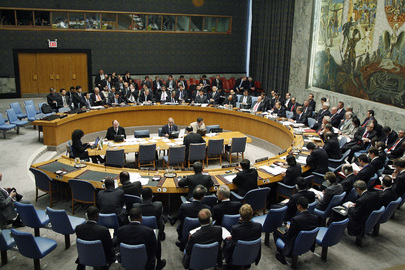 United Nations: Italy elected as a non-permanent Member of the Security Council

After five rounds of voting at UN Headquarters in New York, only one non-permanent Council seat remained to be filled. Italy and the Netherlands had been vying for the remaining seat, but the voting yielded no clear winner. The two countries then suggested sharing the two-year term, each with a one-year period. The last Italian seat at the Security Council goes back to the two year-period 2007-2008.

Under the UN Charter, the Security Council has the primary responsibility for international peace and security, with all UN Member States required to comply with Council decisions. The Council’s 10 non-permanent seats are allocated according to a rotation pattern set by the Assembly in 1963, to ensure a proportionate representation over time from the different parts of the world: five from African and Asian States; one from Eastern Europe; two from Latin American States; and two from Western European and Other States. The newly-elected countries will replace Spain, Malaysia, New Zealand, Angola and Venezuela.