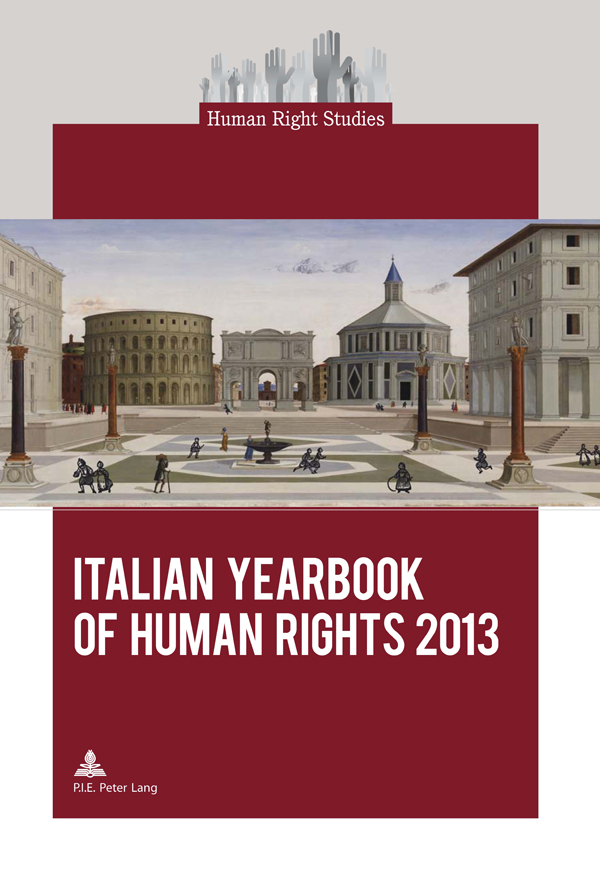 The Italian Yearbook of Human Rights 2013, the third in the series, provides a dynamic and up-to date overview of the measures Italy has taken to adapt its legislation and policies to international human rights law and to comply with commitments voluntarily assumed by the Italian Government at an international level.

The 2013 Yearbook surveys the activities of the relevant national and local Italian actors, including governmental bodies, civil society organisations and universities. It also presents reports and recommendations that have been addressed to Italy by international monitoring bodies within the framework of the United Nations, the Council of Europe and the European Union. Finally, the Yearbook provides a selection of examples from international and national case-law which cast light on Italy’s position vis-à-vis internationally recognised human rights.

The introductory section of the Yearbook, entitled “Italy and human rights in 2012: a suffering year for economic, social and cultural rights”, reminds States of their duty to equally protect all human rights – civil, political, economic, social and cultural – stressing the fact that the right to work is a fundamental human right and not a mere philosophical principle. With a view on the second UPR of Italy before the Human Rights Council, that will take place in 2014, the Italian Agenda of Human Rights focuses on immediate and long-term measures that should be taken to ensure human rights for all in the Country.

Italy and human rights in 2012. a suffering year for economic, social and cultural rights

Part I - Implementation of international human rights law in Italy