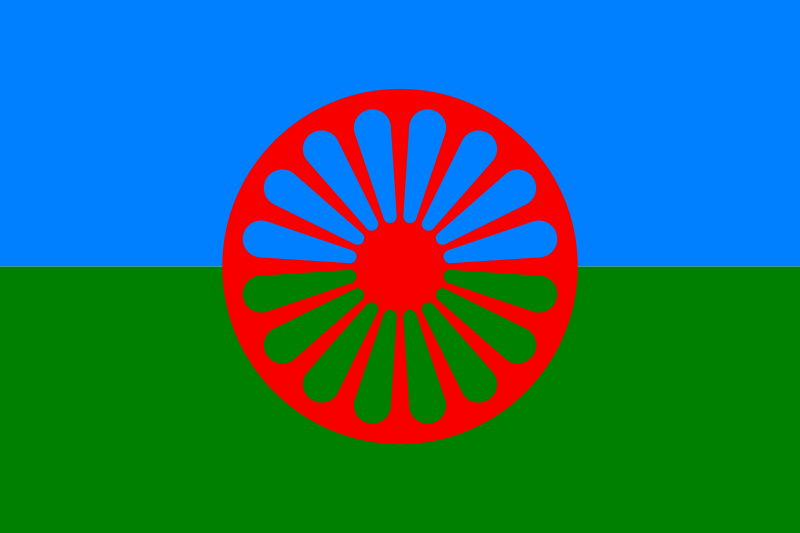 On April 8 2011 it will be celebrated the International Roma Day, which will also mark the fortieth anniversary since the International Gipsy Committee organized the first World Romani Congress on 8 April, 1971 at Orpington - Chelsfield, near London, UK.

The event was realized by the financial aid of the Indian Government and the World Council of Churches. Twenty-three representatives of the Romani people from nine countries: Czechoslovakia, Finland, France, GB, Germany, Hungary, Ireland, Spain and Yugoslavia gathered together to remember the sufferings of the Roma holocaust for the first time, to establish five sub-committees for social affairs, education, war crimes, language and culture for the promotion of these areas in international and national levels, and to help Romani people with all possible supports.

Written by Zarko Jovanovic, Gelem, gelem was chosen to be the official Romani anthem and the blue-green flag with the Ashoc Chakra in the middle of the conference of the General Association of the Gypsies of Romania, back in the 1930's was adopted as the official flag of the Roma. The participants proposed the use of the word 'Roma' because by that time the word 'gipsy' had already assumed racist and pejorative connotations. They changed even the name of the Committee to International Roma Union.

Today, counting 12 million, the Romani people represents the largest ethnic minority in Europe, however, being allocated in a very special situation furthermore, for the lack of homeland. Till the 1960's the Roma did not declare their rights as one people: establishment of single ethnic committees within separate nations in the first half of the 19th century can be found all over Europe. However, the establishment of the International Gipsy Committee in 1965 and the First World Romani Congress of 1971 form two milestones - finally raising the attention of both Roma and mainstream society about the legitimacy of a marginalized people.

On the occasion of the International Roma Day 2011 many exhibitions, conferences, programmes are organized in Bratislava, Brussels, Budapest, Bucharest, Charleroi, Madrid, Newcastle, Vienna, San Francisco, Los Angeles. These events are aimed at tackling the importance of this issue: The Roma, their persecution, exclusion, migration, struggle for human rights , the new EU Roma strategy, the Roma Platform, the promotion of Roma culture as major instruments of integration.

Information about programmes, conferences and events regarding the Roma issue can be found in the suggested websites.