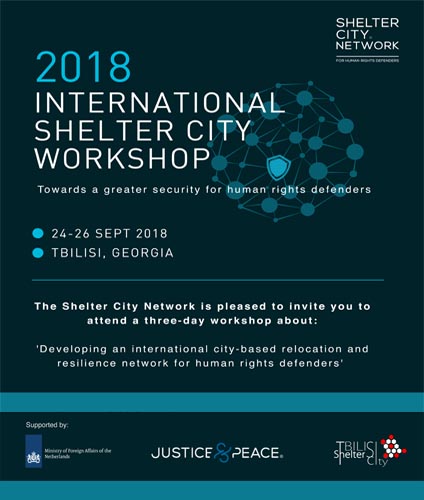 The Shelter City Network has organized the International City Shelter Workshop, which will be held from Monday 24 September to Wednesday 26 September in Tbilisi, Georgia.

The initiative is supported by the Ministry of foreign affairs of Netherlands, Tbilisi Shelter City and Peace and Justice: the latter is a non-profit organisation, based in The Hague, that is dedicated to defending and promoting respect for human rights and social justice, worldwide and in the Netherlands, since 1968. Peace and Justice Netherland has created the Shelter City Network, which provides vital support to human rights defenders at risk with temporary relocation, the opportunity to take a break, expand their network, and access security trainings, so that they can continue their work safely and effectively over the longer term.