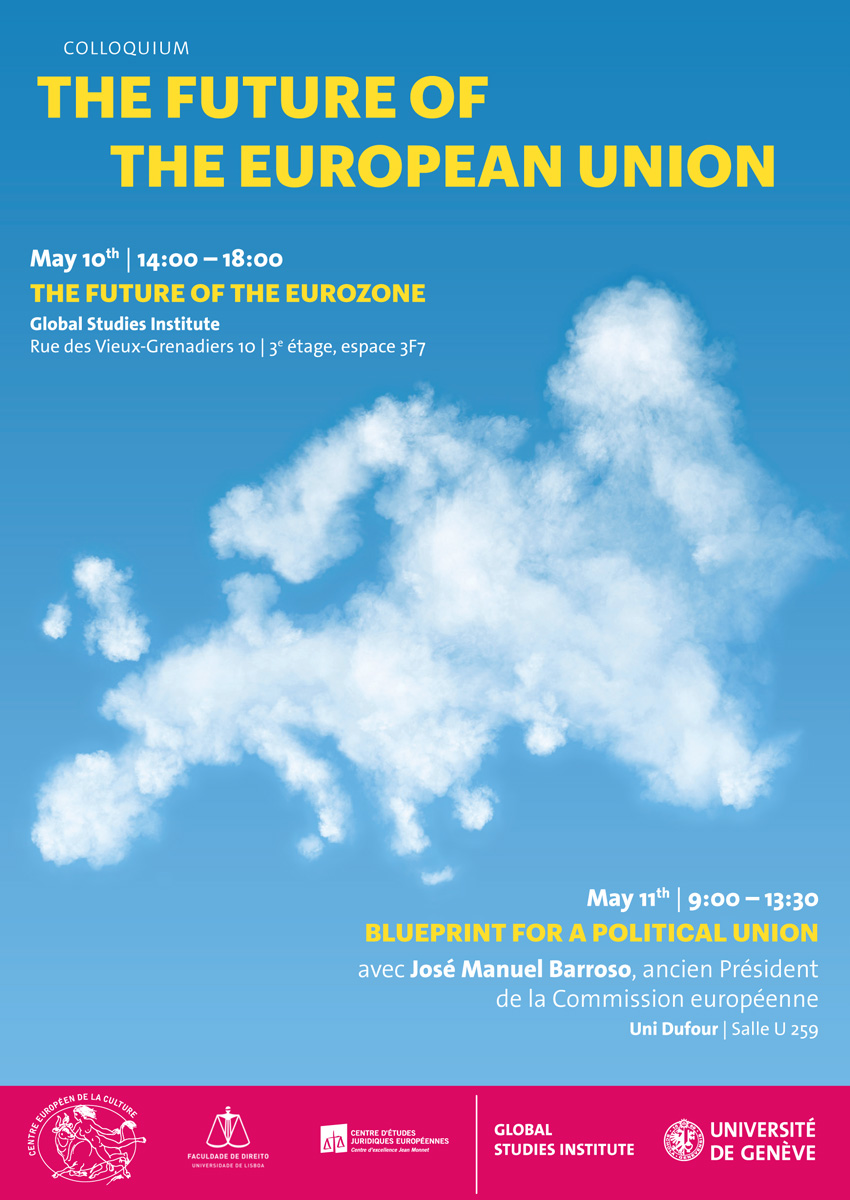 "The Future of the European Union": international Jean Monnet colloquium, University of Geneva, May 10th-11th 2016

"The Future of the European Union": this is the topic of the international Jean Monnet colloquium organized by the Global Studies Insistute wich will take place on May 10th-11th 2016 at the University of Geneva.

The programme is divided in two sessions dedicated to "The future of the eurozone" and to "Projects for a political union".

Among the numerous proposals arrived in Bruxelles, some have been selected, including the one from the Human Rights Centre of the University of Padua on the topic: " Cuius Europa, eius civitas. For a uniform european law on citizenship".

During the colloquium in Geneva the selected proposals will be illustrated at the presence  of the former President of the European Commission.