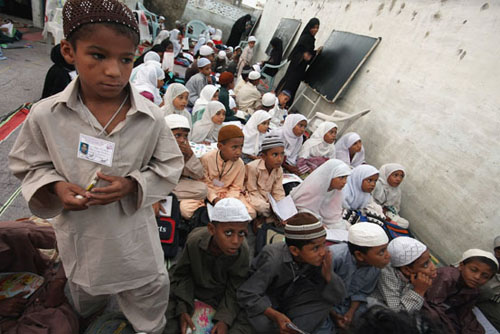 On 17 and 17 July 2009 an international experts Seminar on the project of UN Declaration on human rights education and training was held in Marrakech (Morocco).

The Marrakech Conference was realised in the framework of the activites promoted by the Advisory Committee, which, with Human Rights Council Resolution 6/10 of 28 September 2007, has received the task to elaborate a project declaration on human rights education and training . The Advisory Committee has set a drafting group chaired by Ms Halima Warzazi, whose rapporteur is Prof. Emmanuel Decaux.

In order to support the initiative a Platform of Human Rights Council member States: Italy, Morocco, Slovenia, Costarica and Philippines.

Prof. Antonio Papisca and Prof. Marco Mascia of the Human Rights Centre of the University of Padua participated to the Seminar giving their contribution respectively to workshop 1 and workshop 3.

The Government of Morocco has developed and published online a section in the website of the Moroccan Permanent Mission to the United Nation office in Geneva, specifically dedicated to the seminar. The pages provide information and documentation of the event, including a background paper, the agenda and the opening speeches.