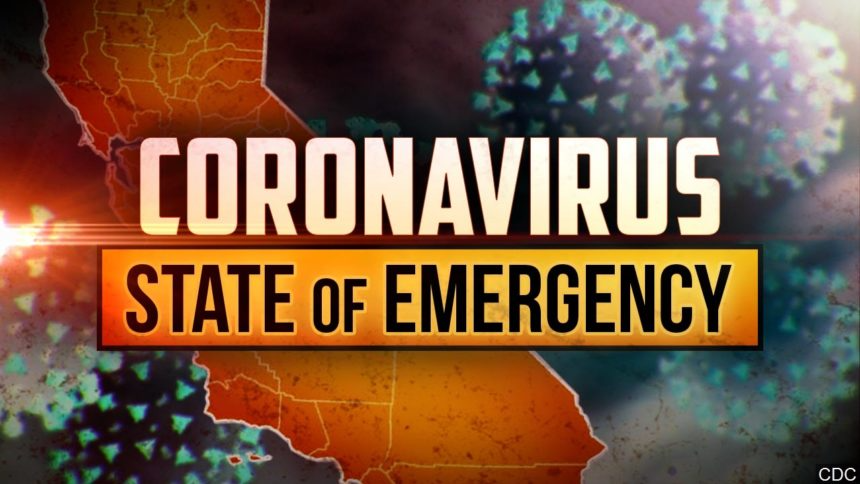 Sorina Pinzaru hold’s a master degree in Human Rights and Multi-level Governance from the University of Padua. This In Focus article is an excerpt from her master thesis discussed in March 2020 under the supervision of Prof. Sara Pennicino.

Being a state that has been cultivating democratic principles for relatively few years, the Republic of Moldova is still strongly influenced by the long soviet experience. Principles as the rule of law, separation of power, fundamental rights, and freedoms are weak and not always fully guaranteed. Especially during a state of emergency, the exceptional legal order may lead the way for systematic human rights violations and undermine democratic principles. On the grounds of this, states of emergency are critically important from a human rights perspective. When limiting freedoms and fundamental rights, constitutional and international provisions must be respected during a state of emergency.

For the first time in its history, the Republic of Moldova declared a state of emergency to deal with the pandemic. Although the Moldovan Constitution allows for a state of emergency, it does not define in detail what constitutes an emergency or regulates questions related to competence, limits, or controls. Accordingly, an organic law regulates all such aspects.

The amending provisions on the state of emergency, siege and war and Decision no. 55

In other words, organic laws and electoral legislation could be adopted, amended, or abrogated during a state of emergency. The amending law entered into force immediately after its publication in the Official Gazette on March 18, 2020.

Also, on March 17, a Parliament Decision no. 55 was issued, declaring the state of emergency with an immediate effect. When the amending law of the state of emergency regulation was adopted, it was already a state of emergency. Thus, the amending provisions should be considered null and void. At point 12 of article 2 of the Decision regarding the power attributions of the Commission for Exceptional Situations, the expression “application of other necessary measures” was proposed again “to prevent, mitigate and eliminate the consequences of the coronavirus pandemic (COVID-19)”.

A group of MPs has addressed the Constitutional Court of the Republic of Moldova with a petition to check on the amending provisions’ constitutionality on the state of emergency, siege, and war and point 12 of Decision no. 55. The petitioners claimed that adopting the contested provisions of Law no.54 and Decision no.55 on March 17, 2020, the Parliament of the Republic of Moldova defied the following fundamental constitutional principles and the express norms of the Supreme Law:

The completion of Articles 20, 22, 24, and 25 of Law 212/2004 with expressions such as “application of other necessary measures” and “exercise other necessary attributions” defied the principle of predictability and accessibility of the law provided in Article 23 of the Constitution. In order to meet the condition of predictability, the law must be sufficiently detailed so that a subject of law can reasonably understand the content of the law and be predictable in terms of its consequences. Not only laws must be made known to the public, but the subject of law should reasonably expect the rule may be changed. It is practically infeasible to analyze the amending provisions’ predictability- “application of other necessary measures or exercise other necessary attributions”- as they thereof do not provide the necessary clarity about how and which rights and freedoms may be restricted. The provisions offer imprecise and general possibilities to the authorities. These possibilities may trigger harsh side effects.

The lack of a precise legal rule to determine exactly what measures might be applied and the spectrum of the authorities’ powers opens the possibility of potential abuses by the competent authorities. In such a sensitive period, the regulatory framework should be carried out in a transparent, predictable, and unobtrusive manner to remove, as far as possible, the eventuality of any arbitrary situation or the abuse of those called to apply the provisions. However, this is impossible because the law subject cannot know what to expect from the authorities due to the imperfection related to accuracy, clarity, predictability, and necessity.

The notion of a state of emergency established in Article 1 defines a set of measures with a political, economic, social character. Once established, these measures should be expressly provided by law, precise and predictable. Only in these conditions will be observed art.54 of the Constitution, which expressly establishes that rights and freedoms can be restricted only in the cases provided by law. However, by adopting Law no. 54 and Decision no. 55, the Parliament admitted provisions by which the fundamental human rights and freedoms may be restricted by measures that are not provided by law.

According to Article 5 of Law no. 212 on the regime of the state of emergency, siege, and war, during a state of emergency may be restricted to the exercise of individual rights or freedoms of citizens under Article 54 of the Constitution. The restriction provided for in paragraph (1) should be following the obligations arising from international treaties on fundamental human rights to which the Republic of Moldova is a party.

Restriction of human rights and freedoms is an exception regulated by the fundamental law, which gives the legislator leverage to act in certain critical situations expressly provided by the law while guaranteeing certain fundamental rights. Reference should be made to the Universal Declaration of Human Rights, namely Article 29 paragraph (2). In order to restrict individual rights, the provision shows the necessity of an expressed regulation, considering first of all the compliance with the principles of accessibility, clarity, and predictability. The law within the meaning of this provision must provide exhaustive and precise perspectives on the rights and freedoms to be restricted.

The European Convention on Human Rights (ECHR) enshrines the possibility of restricting rights in several circumstances: in the case of the freedom of thought, conscience, and religion. The ECHR offers the same textual approach in the case of freedom of expression, the right to respect for private and family life, as well as in the case of freedom of movement. It is emphasized the obligation of the state to provide the restriction of rights by law. In order to build a legislative framework designed to intervene promptly in the elucidation of exceptional situations, the legislative text should expressly provide for the rights and freedoms to be restricted.

The provisions of art. 4 para. (1), art. 5 para. (2), art. 12 para. (3), arts. 18-19, art. 21, art. 22 para. (2) of the International Covenant on Civil and Political Rights, lays down the manner of restricting certain rights. In the sense of this international norm, it is imperative to regulate the restriction by law but also to have specific reasoning.

In the context of the petition submitted to the Constitutional Court, the expressions used by the legislator in the text of the amending law- application of other necessary measures or exercise other required tasks- do not offer the subject of law an express guarantee on the respect of rights and freedoms. In a state governed by the rule of law, the legal norm must always be interpreted, prioritizing freedom over authority. This way of interpretation is natural since the text is aimed at guaranteeing fundamental rights and freedoms. Where a term broadening the authority’s powers is used, it should always be interpreted in stricto sensu. In this context, expressed and specific provisions on the restriction of rights are necessary.

Law should guarantee the principles of predictability and accessibility. In the European Court of Human Rights’ jurisdiction, it is essential to ensure these two principles and establish the conditions for sufficient precision to regulate the conduct and foresee the consequences.

The ECtHR recalls that a “law”, within the meaning of Article 10, section 2 of the Convention, is a rule formulated with sufficient precision allowing citizens to decide their conduct and foreseeing, reasonably, depending on the circumstances of the case, the consequences that might result from a particular fact. On the contrary, the expressions introduced do not provide the possibility to anticipate certain events, requests, or prohibitions from the authorities and do not offer the possibility to decide about the conduct not yet covered by the legal norms.

Having examined the request, the Moldovan Constitutional Court claimed that the petition’s authors were limited to a simple statement that criticized the provisions would be likely to cause serious harm to human rights and fundamental freedoms. The Court considered the arguments must be brought regarding the intensity and possible damages. Moreover, arguments supporting the imminent and irreparable negative consequences of the risk were needed. The Court considered the risk being abstract, and a solid motivation was necessary in order to suspend the notified acts’ actions. The mere invocation of the risk did not represent a sufficient and convincing motivation. Furthermore, the Court did not consider any international obligation to which the Republic of Moldova must conform to restrict the fundamental rights constitutionally. Therefore, the Constitutional Court rejected the request, retaining it unmotivated.

The adoption of the amending law on the state of emergency does not conform to the principle of legality. The provisions added are unconstitutional. Additionally, the activation of Convention’s article 15 could be interpreted as a protection measure in favour of the state for not being accused at the European Court of Human Rights. All these actions taken may be a pretext for arbitrary detention, censorship or other measures for the state’s discretion as legitimate. Not having lived under a fully democratic regime for many decades is an essential factor that explains the rule of law’s weakness and the chance to undermine fundamental rights and freedoms in the Republic of Moldova. The democratic path, rather than progressing, seems to encounter significant obstacles.

Human rights and democracy during COVID-19 in the Republic of Moldova (pdf, 4.20 MB , EN)