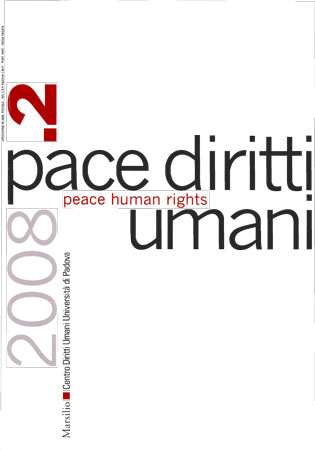 Local governments are reclaming larger recognition and more substantial role in the international political system. Their nature is «territory», not «border» and they want to be allowed to be active actors in building positive peace in the «glocal» space covered by the international law of human rights. They ask to share the responsibility to protect the equal fundamental rights of all those living in their respective territories. On 11-13 June 2008, at the Peace Palace in The Hague, near 500 local autorities from all over the world participated in the First World Congress on City Diplomacy. The outcome was The Hague Agenda on City Diplomacy, a strategic document that highlights a new deal for the international role of local governments. Local autonomy means primarily local self-government, much more than decentralisation. The Council of Europe, through its Congress of Regional and Local Authorities, has contributed to set up and develop a specific international standard-setting dealing with the value of local autonomy (Outline Convention of 1980, European Charter of Local Autonomy of 1985, Protocols). The normative commitment of the Council of Europe has given way in 2007 to the endorsement, within the EU system, of a Regulation on the establishment of an European Grouping of Territorial Cooperation with legal personality. This is a revolutionary outcome from both the legal and the political point of view. The new legal entity is a transnational territorial entity, that will provide social and economic cohesion as well as democratic security to the populations of a wide range of «public» stakeholders. The myth of territoriality as a monopoly of nation-state sovereignty is broken.