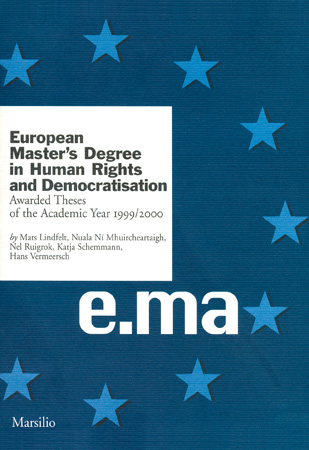 Nuala Ni Mhuircheartaigh, The half-light and shadows: Criminal Deportation from the State of Refugee under Refugee and Human Rights Law. With special reference to the United States and subsidiary examination of the Federal Republic of Germany

Hans Vermeersch, Democracy and inequality in a global context: Whether and under what circumstances democracy, in comparison to other forms of government, can lead to a more equal society: statistical analysis