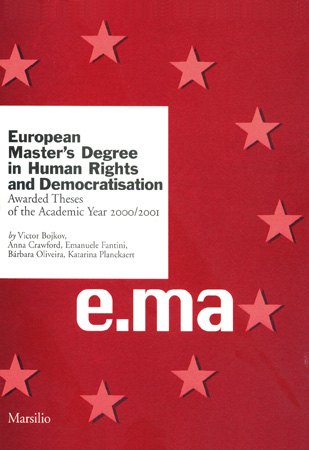 Anna Crawford, Child War Criminals. Is it Possible to Prevent Child Soldiers Being Held Criminally Responsible for War Crimes whilst also Satisfying the Right to Justice in Sierra Leone?

Emanuele Fantini, How Water Flows through the Veins of Globalisation: Human Right or Economic Commodity? Promoting the Right to Access to Water in the Global Market

Katarina Planckaert, Dealing With the Burden of an Authoritarian Past: the Role of the United Nations in Establishing Accountability for Grave Human Rights Violations after a Regime Transition