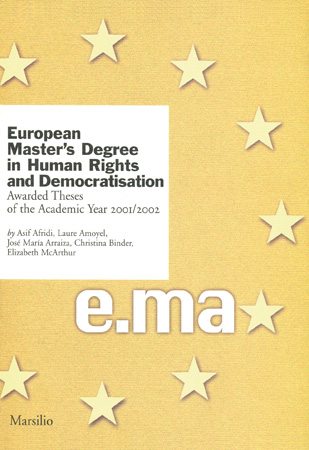 Asif Afridi, Unveiling Islam in the media: a critical examination of the under-representation of Islam in British media

José Marìa Arraiza, Serb Participation in the provisional institutions of self-government of Kosovo

Christina Binder, Indigenous peoples and their lands. International standards and Domestic implementation. The case of the Atlantic coast of Nicaragua

Elizabeth Mcarthur, Liberty and security: the state’s dilemma. September 11th and the UK response to terrorism