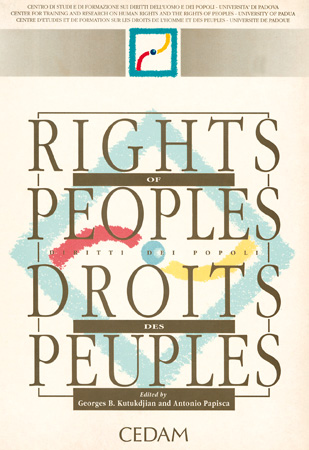 1. Pursuant to its approved program and budget, Unesco convened an international meeting of experts on the Elucidation and better understanding of the concept of rights of peoples and clarification of the relationship between rights of peoples and human rights as defined in existing universal international instruments. This meeting was held in Canberra, Australia, from 24-28 August 1987, in co-operation with the Australian Commission for Unesco. This meeting comprised part of Unesco activities in the Social and Human Sciences for reflection on Human Rights within Major Program XIII - Peace, International Understanding, Human Rights and the Rights of Peoples - within the Unesco Second Medium Term Pian, 1984-1989.

2. The meeting, which was held at the Australian National University, brought together experts specializing in International Law, Sociology, Anthropology, History and Political Science. Officials of the Australian Department of Foreign Affairs attended as observers. A list of participants and observers is contained in the Annex.