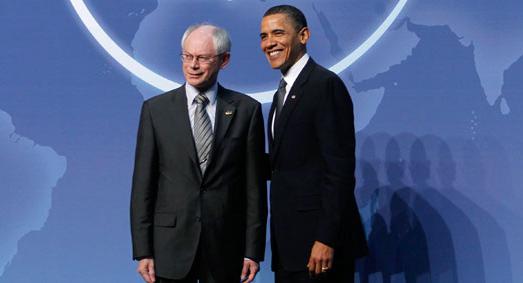 In his previous essay Lo scisma transatlantico (The Transatlantic Schism), published in «Pace diritti umani/Peace human rights» (no. 3, 2006), the author argued for the existence of a schism between the USA of the Bush’s era and the EU especially regarding the world order’s vision and the role of the United Nations. In the present essay, the author looks at Barack Obama as the man who invites Europeans to be united in enhancing a fertile partnership with the US aimed to strenghten international law, human rights, the rule of law and democratic principles. Obama is witnessing strong discontinuity with respect to the Realpolitik of his predecessor. The author points out the most significant indicators of this structural change such as provided by three main documents: the speeches at the Cairo University (June 2009) and at the UN General Assembly (September 2009), and the report on National Security Strategy (May 2010). Obama vision of world order is coherent, comprehensive, and courageous by stressing that democracy should not be imposed or exported, that it has to flourish through dialogue and cooperation, and that the US should use soft power. The author wonders whether the European Union is able to meet the challenge launched by Obama. He looks at Herman Van Rompuy, the first EU «permanent» President, a surprisingly calm and poetic personality, who made a profession of humanism with a speech on the philosophical subject Du personnalisme à l’action politique. The author argues that both Obama and Van Rompuy share the same vision of life and of politics, strongly based on moral and legal values, both share the multilateralist approach to international politics with the UN playing a central role, both emphasise the paramount value of human dignity. Leading by example: Obama and Van Rompuy constitute a polite and creative leadership, who could hopefully facilitate the raising of similar polite and positive élites. Finally, a strong antidote to the determinisms of Realpolitik and a solid premise for overcoming the nightmare of a lasting Transatlantic schism.