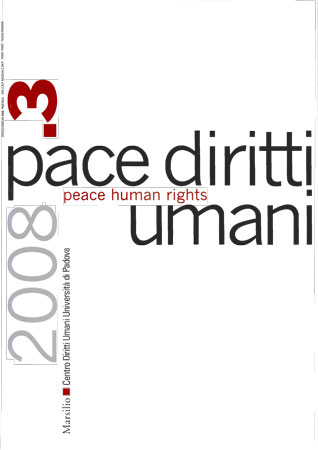 A Heavy Legacy of Cold War: The Huge Stocks of Fissile Material of Military Quality

The military confrontation during the cold war resulted in the creation in several countries of huge arsenals of nuclear weapons of different kinds, exceeding every military sensible need; in addition, exorbitant quantities of fissile materials have been produced. Fissile materials, ordinarily plutonium and highly enriched uranium (HEU), are the essential ingredients in all nuclear weapons. Their production is the most difficult step in making these weapons. The current – yet weak – reduction of nuclear arsenals is adding new «excess» fissile materials to the existing stocks. Securing and eliminating fissile material worldwide are common imperatives in the efforts to eliminate nuclear weapons in the countries where they exist, to halt their spread to still more countries, and to prevent terrorists from obtaining them. The paper first provides with an introduction to fissile materials, their production and their use in nuclear weapons and an overview of the status of fissile-material stocks worldwide; then it discusses the threats to global security posed by these materials, describes progress in reducing these dangers and presents initiatives aimed at strengthening international controls over fissile materials and accelerating their disposition. Particular attention is paid to the growing danger of nuclear terrorism. If a technically sophisticated terrorist group could get the needed nuclear materials, it might well be able to make at least a crude nuclear bomb-capable of turning the heart of a modern city into ruins. But despite substantial progress in improving nuclear security, some stockpiles of potential bomb material remain dangerously insecure and the upgraded security systems must face huge threats, from insider theft conspiracies to terrorist groups who have shown an ability to strike in force, without warning or mercy. As of early 2008, the global stockpiles of HEU totaled between 1.400 and 2.000 metric tons. Thus far, almost 350 tons of Russian weapongrade uranium have been blended down to low enriched uranium (LEU). In the United States, a total of 96 tons of excess HEU had been blended down as of mid-2008. The present plans to blend down or otherwise dispose of HEU will continue over the next few decades. The United States has set aside almost all its excess weapon-grade uranium for use as naval-reactor fuel; Russia and the United Kingdom also have large reserves of HEU for naval fuel. These naval HEU stockpiles, and their vulnerable processing and transport links, would be eliminated if the three countries followed the example of France who is substituting HEU with LEU fuel. Independent research on development of alternative means for naval propulsion is hindered by military secret on the nuclear reactors and their present fuel. The United States is leading a global effort to clean out often insecure civilian HEU in research reactors and targets for medical isotope production. Thus far, HEU in both fresh and spent fuel has been completely removed from twenty countries. More than twenty, however, still have enough civilian HEU to make at least one nuclear weapon. Russia, which has half of the world’s 140 HEU-fueled research reactors, has no policy with regard to HEU cleanout at home. Many of these 140 reactors have only the most modest security measures in place, with high risks of theft or illegal use of their fresh or spent HEU. The current global stockpile of separated plutonium is about 550 tons. During 2008, Russia and the United States made no progress toward implementing their agreement to each dispose of a minimum of 34 tons of excess weapon-grade plutonium. These programs, launched in 2000, have experienced slipping schedules and rising cost estimates. Russia’s intention to use its excess plutonium to fuel a breeder reactor indicates that it expects eventually to separate the plutonium again. As of 2008, the global stock of civilian plutonium is approximately 250 metric tons. Stocks of separated plutonium continue to build up at reprocessing plants in India, Japan, Russia and the United Kingdom. A treaty banning the production of fissile materials for nuclear weapons is an essential requirement for constraining nuclear arms races and proliferation and, in the longer term, achieving nuclear disarmament. Negotiation of a Fissile Material Cutoff Treaty was endorsed in 1993 by the United Nations General Assembly, and in 1995 the Geneva based Conference on Disarmament agreed to begin negotiations on «a nondiscriminatory, multilateral and internationally and effectively verifiable treaty banning the production of fissile materials for nuclear weapons or other nuclear explosive devices». The CD has not formally launched negotiations on a treaty. The pace of elimination of fissile materials is too slow in view of the risks they present and strong actions are necessary. The scientific community has performed several studies on the technical aspects of the various relevant problems, suggesting solutions and workable approaches. The public opinion could effectively impose the question to the international political agenda with the due priority.