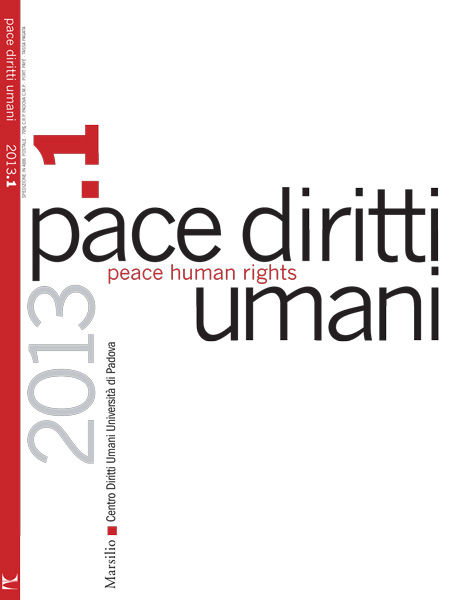 Chemical Weapons in Syria: From Use to Disarmament

The paper considers the events related to the Syrian chemical weapons, from the first allegations of use to the conclusion (31 October 2013) of the first phase of the chemical disarmament of the Syrian Arab Republic (SAR). In order to better evaluate the events and the problems, information is first provided on the sarin nerve gas, whose use was ascertained in Syria, the international instruments for the control of chemical weapons and the Organisation for the Prohibition of Chemical Weapons (OPCW), Nobel laureate for peace 2013.

The reactions of the international institutions to the allegations are presented, together with the procedure for the institution by the United Nations of a mission to ascertain the actual use of such weapons during the present conflict, within the context of the «Secretary-general Mechanism». The activities of the mission is described and its report on the Ghouta (Damascus) attack with sarin of 21 August is analysed; in particular the delicate procedures and rigorous methods of analysis are considered as necessary for an appropriate assessment of the actual use of a specific chemical agent.

In relation to the following accession of Syria to the Chemical Weapons Convention (CWC), its military capabilities in this field are considered. The unique and exceptional characteristics of Syrian chemical disarmament plan are analysed, and its importance at regional and global level is underlined. The special procedure to implement the plan is described, from the Russia-US proposal, to the acceptance by the OPCW Executive Council and the endorsement by the UN Security Council. The problems facing the Joint UN-OPCW disarmament mission in Syria and the first phases of its activities are finally presented. Personal comments and perspectives on the various points are suggested.